Aut Ratchaphom is an 18 years old Thai-Australian singer-songwriter and an independent pop artist.

When he was almost 13, Ratchaphom became a big fan of Taylor Swift. Then 4 years later, Swift’s music, songwriting and musical talents inspired him to play guitar/piano and become a singer-songwriter like her.
​
Aut’s music and songwriting have always been inspired by the main pop artists such as Taylor Swift, Katy Perry, Ariana Grande, Ed Sheeran and many more. On 29th of February 2020, Ratchaphom released his debut and a self-written album ‘LeadOFF’ on the major streaming services. 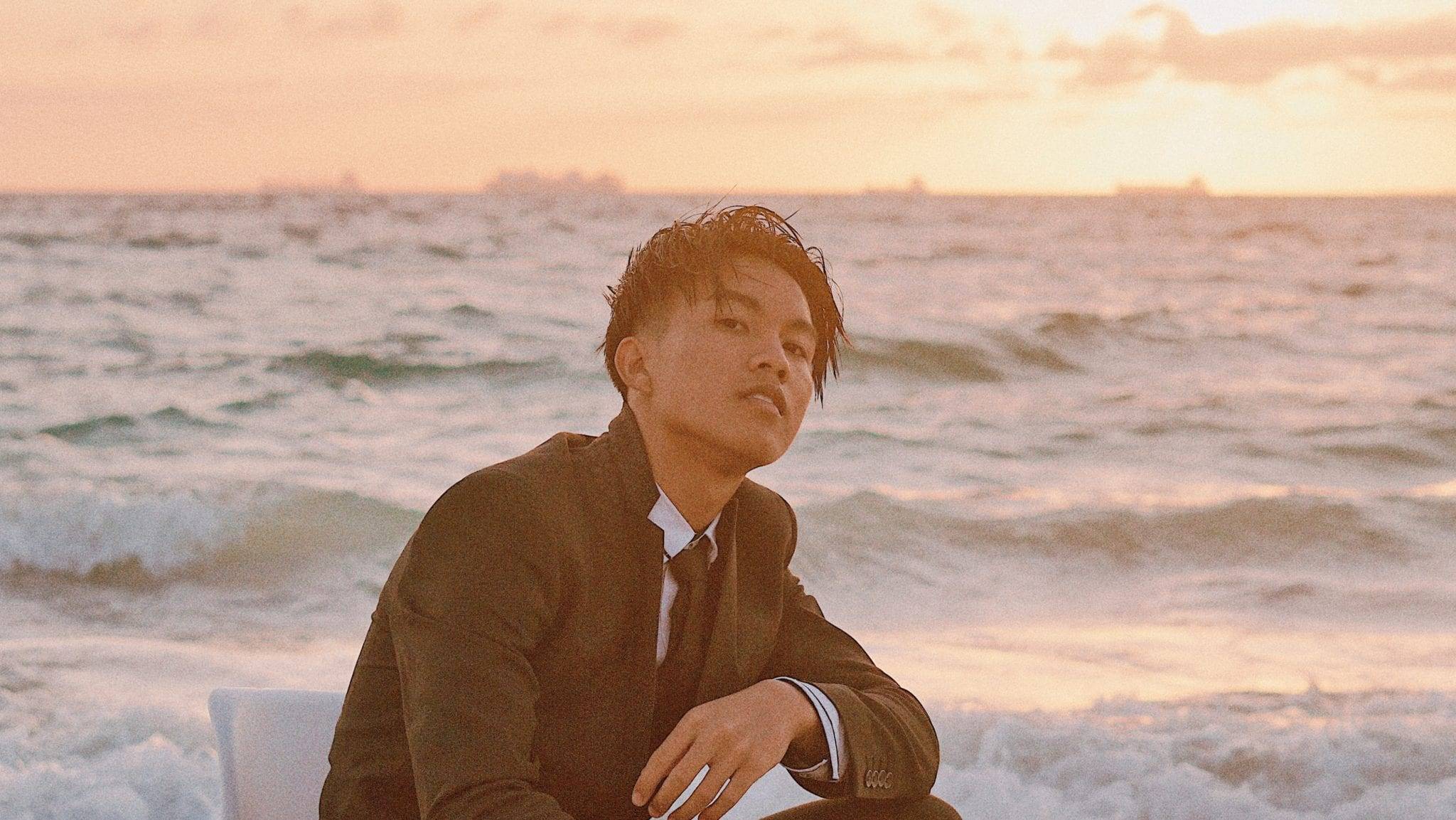 reams Of Playing at the Greek Theatre

Aut: My musical influences is Pop, rock, country and a little bit of R/B. I’m always interested in music since I was a kid, but for some reason I hate the ideas of becoming a musician, because my dad’s family side are all musicians maybe that’s why I don’t want to become one and wanted to do something different. However, things started to change when I was 15 almost 16 when my bestie who was in school’s music specialist program heard me singing and asked me whether I would want to join the program and be a singer for his band. I said yes because why not. Later, I began to sing seriously, took some singing lessons and started to play guitar which later it got me to write songs. The more songs that wrote the more I realised that this is something that I specialise at and not many people can do it. Plus, it’s something I enjoy doing it the most. Music for me right now is already part of my life and I just can’t do anything without thinking about it. I wanna perform in a big stadium and have millions of fan enjoyed my music as much as I do. Also, I want to sing, write a song/s and perform with my idol Taylor Swift. So yeah that’s the brief story of my life in music.

Aut: Definitely Taylor Swift. The one and only artist that got me started to sing and write songs.

MT: When did you first record and step into a studio and how did you feel?

Aut: My first time that I first recorded was in February 2019. It was for my first song that I released ‘Move On’. It was done in school studio, but somehow I felt really excited to the facts that after I finished recording the song I will finally have at least a song to put out for the whole world to hear.

MT: Do you write your own songs? How did you discover the art of writing songs?

Aut: Definitely I write my own songs and it’s something that I’m really good at. I write songs base on my love experience, my past romance, sometimes by movie that I watched or other people story. I actually got forced to write a song when I was in music program for my final assignment. Which later got me to continue writing it from then.

MT: Can you explain a little bit about your song-writing process?

Aut: I find my song writing process is really easy though. It’s also really depend on a song, but mostly I always got the song titles first and begin to play some random guitar chords and sing some random melodies at the same times with a specific word that I was thinking of at the moment. When I feel that it’s something I was looking for or accidentally sing out some cool melodies then I started to put the lyrics in it. 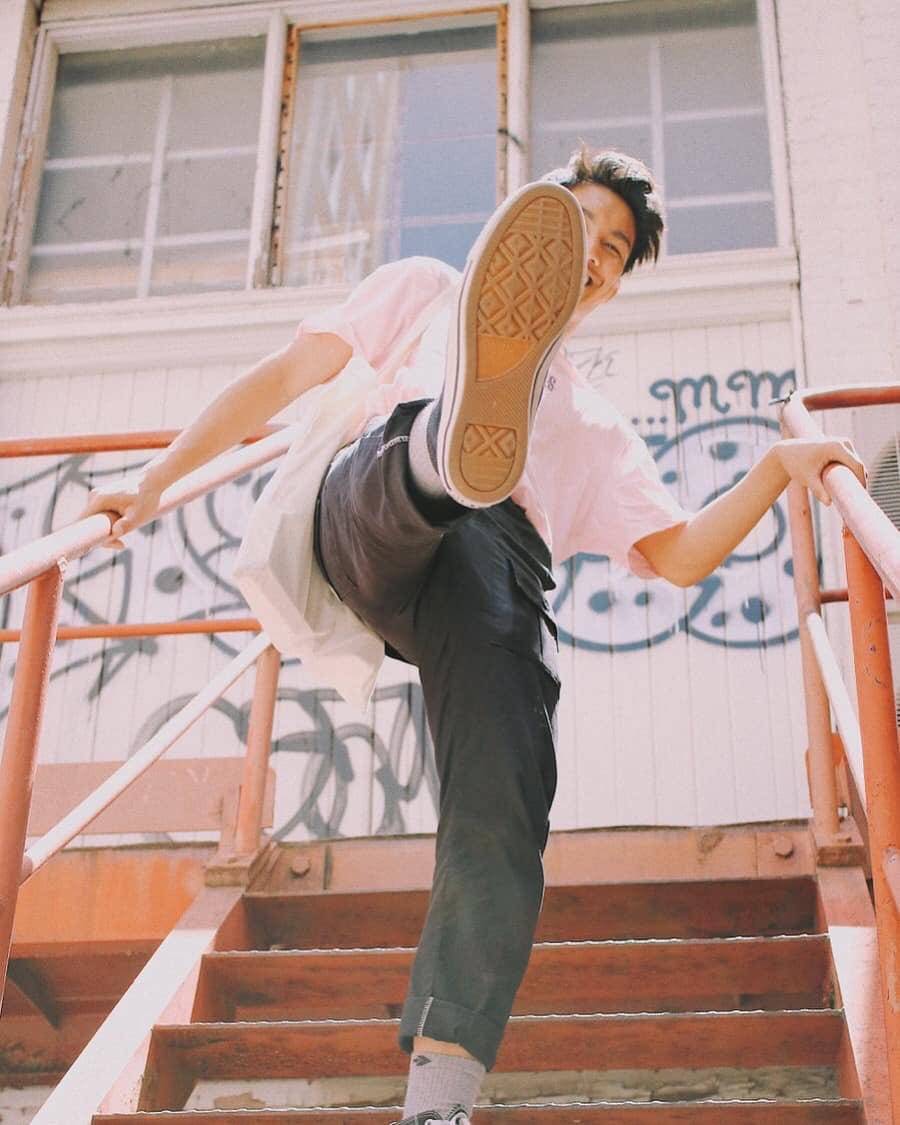 MT: You have just released your debut album, ‘LeadOFF’, can you tell us what this album is about and do you have a favourite song?

Aut: I hope you enjoy the album. Well, I didn’t come up with the ideas for LeadOFF at first until I wrote ‘Don’t Worry About Me’ and ‘All You Ever Do Is Let Me Down’, because these two songs described how’s I was being attacked by some people whose telling me that music isn’t the right choice for me and I won’t make it to wherever I wanna be. So, I was like well this is such a great theme for my first album. I was gonna name it Origin but on the same day my favourite band Imagine Dragons announced the name for their upcoming album and it said Origin and I was like No I have to change the name and I found a new name for it which is LeadOFF. My initial thought was damn it’s such a cool name and nobody got this name on their album yet. The reason why I picked LeadOFF is because I believe that this album will lead me off to some where in music industry either soon or later but definitely somewhere in the industry which later will land me into the place that I dreamt to be. You can’t start off the football game without a kickoff, the plane won’t fly if it didn’t take off and my journey in-music won’t start until LeadOFF. My favourite song on the album is Cruel Summer, because it got the whole 80s vibe in it and I’m a big fan of 80s music. I planned to make a whole 80s album for my fifth Studio Album, because you know I need to bring back some OLD SCHOOL vibe back for the world to hear.

MT: Who produced the album and where was it recorded? What did you learn from recording your first album?

Aut: The producers that assisted me to produced this album are: Renea Moso (11 Songs), Thomas Crogan (Move On), Chanon Paopatimakorn (Slow Motion). It was all record at home except for Slow Motion and Move On, they were recording at the school studio. There are many things that I’ve learned from it, but one main thing is I learned how use my vocal, learned how to sing on key and time and got to say after I finished recording the album my vocal has been improved so much.

Aut: Only obstacle is the money. I don’t have anyone sponsor me, because I’m an Independent artist at the moment. I got no label to support me. So, what do is I worked at the restaurant to earn the money so that I have the money to pay for music production. Everyday I keep telling myself that I have to do it for music and of course many time I cry and many times I was thinking about giving up, because I was so tired working there, but if I don’t work I won’t have the money to make music. That’s how I overcome it by stay positive, stay passionate and stay inspiring.

MT: From what you have learned about your challenges in the music business so far and what advice would you like to give upcoming young independent artists?

Aut: I’m just gonna tell them to keep passionate about it, don’t give up, stay inspiring and keep it going.

Aut: I play guitar and piano when I was 15. I picked them up the same time when I started to sing seriously.

Aut: Well, I finished writing my second album now and finished writing the draft for my third album already. Right now I’m just doing some side projects like writing some droplet songs that won’t be on any album and do some research on music industry.

MT: Have you performed live? Are there plans for any live shows after our lockdowns?

Aut: I had and I was planning to do some gigs but it’s all canceled because of corona.

MT: Thank you so much for your time Aut, I really appreciate it and all the very best

LINKS TO AUT BELOW