Captivating Blend of Country Rock And Soul From Isobel Holly

Hailing from Bath, Isobel Holly is a 19-year-old singer-songwriter, whose exciting blend of country, rock and soul makes for a truly captivating live performance. Influences such as Fleetwood Mac and Aretha Franklin are reflected in her heartfelt song-writing and powerful vocals. This November, see her play live alongside her incredible band, all of whom study at the Royal Northern College of Music. You’ll have a taste of her debut upcoming album, which is set for release in February next year. Expect intense guitar solo sections combined with delicate lyricism. 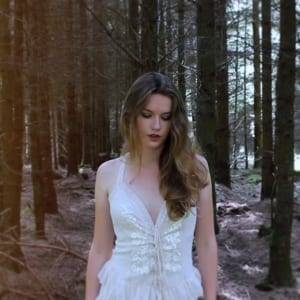 Captivating Blend of Country Rock and Soul  From Isobel Holly

Maddie/MT: How did you first get into music and/or decide you wanted to pursue it?

Isobel: My sister and I used to write songs together; she definitely inspired me to get into it. I realised I had to pursue it when I couldn’t imagine my life without being involved in the industry.

MT:  What instruments do you play and/or which would you like to learn most?

Isobel: I’m a singer and I play guitar but I’d love to improve my lead guitar skills so I can play the solos I imagine in my head myself! I’d also love to learn how to play the harp. It’s such a beautiful instrument. It would be really fun to sing while accompanying myself on the harp.

MT:     Can you tell us a little bit about your most recent release “Atticus”? What was the inspiration behind the song, and what was the writing process there?

Isobel: I’ve been a fan of the Instagram-famous poet, Atticus, for a couple of years now. He wrote the line ‘thinking of you is a poison I drink often’ and gave me permission to use it. I was immediately struck by the power behind the words and also how they resonated with me. I think a lot of people have been in toxic relationships and that it was a theme with which a lot of people could relate. Once I had that first line, the rest of the lyrics came to me very easily. I wanted a big chorus. A long note held over full instrumental accompaniment for impact and emotive effect- Almost like crying. As I usually do, I wrote the chords on my guitar first and the rest of the riffs came after, with the help of my producer, Corben, who played all the other instruments on the recording. 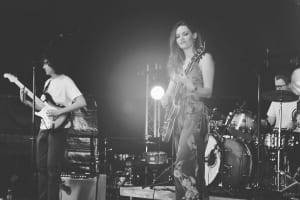 MT:  What is your favourite lyric from the song and why?

Isobel: Of course, it would have to be ‘thinking of you is a poison I drink often’, but that’s the one I didn’t write! Some of the lyrics in the chorus are ‘I can’t decide what’s hurting me the most; your ghost, or that I have come too far to turn back now’. By this, I mean to say that she can’t work out what’s causing more pain- the memory of him, or the way she can’t undo what’s happened to create that memory in the first place.

MT:  Who are your major influences? Musically and also who you look up to as performers in general.

Isobel: Missy Higgins and Carole King have been huge musical influences for me; they’re fantastic songwriters and I love that they write with so much heart and soul. Kacey Musgraves is a wonderful artist. The way she presents herself and performs inspires me every day!

MT:   If you could ask one of those influences one question, what would it be?

Isobel: I would ask their opinion of my music- how I could make it better.

MT:  What has been your favourite venue that you’ve played at, and what is your dream venue?

Isobel: My favourite venue would be Komedia Bath, UK, but my favourite gig would definitely be the Bath Festival Finale Weekend I played with my wonderful band this summer. Hometown gigs are always special. 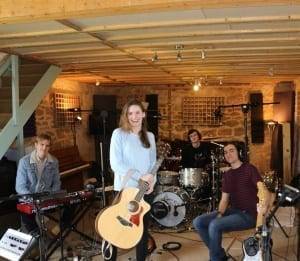 MT: You have an EP! What is “The Right Way Up” inspired by? Do you have a favourite track from it?

Isobel: Tricky question! I wrote these songs when I was rather young. The title track and Yours Was the One were inspired by my experiences as a young teenager, but the other two weren’t based on anything too personal. More stories I amplified and wrote there and then.

MT: What are you currently working on? What can fans look forward to in the next few months?

Isobel: I’ve got a couple more singles in the pipeline- one being released at the end of October, which is super exciting. I am also creating an album I hope to release in February! Just a few more tracks to record. I’ve got some gigs around the UK coming up too.

MT:  If you could give one piece on advice to your younger self, what would you say?

Isobel: Don’t let one bad comment override all the good ones. But this is a hard one to remember even now I know it!

Captivating Blend of Country Rock and Soul  From Isobel Holly