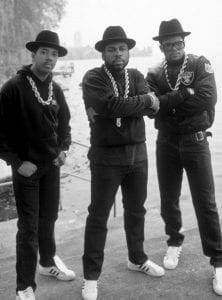 Over the last few decades musicians who have tapped into popular industries, trends, and current events have been able to speak to their audience on a level that is aligned with their interests and passions. Similarly, our ‘How To Submit to Music Blogs, Magazines, and Radio, and Get Heard’ article  discussed several tips on how aspiring musicians can tap into a larger audience base and get their music heard. Here, we’d like to go over a few examples of how tapping into pop culture aspects has generally helped artists reach new heights.

The Gospel of Kanye

Case in point, Kanye West’s latest gospel album Jesus is King has been a controversial release, and despite mixed reviews, it has proven quite effective at generating buzz about the recently converted rapper. Many are calling his born-again Christianity nothing more than prosperity gospel for the rich that’s more about Kanye and his money rather than religion. Others focus solely on his new gospel music and have given Jesus is King generally favorable reviews. Whether a publicity stunt or a true intention to spread the gospel through his music, no publicity is bad publicity when you’re constantly the talk of the town.

From Gucci to Adidas

Run-DMC’s My Adidas, released in 1985 announced hip-hop’s infatuation with fashion and featured a subject that’s still very popular today – the classic Adidas sneaker. Since then, Run-DMC seemed to have started a trend that quickly caught on with rap and hip hop artists featuring clothing brands in their music which had huge appeal in popular culture. High Snobiety points out how hip-hop artist Chamillionaire has had some excellent beats in his storied career and seems to have been obsesses with Gucci as the song Gucci & Fendi was featured on his Mixtape Messiah 7 album. It was part of a collection of 61 tracks over three CDs released in 2004. It went to become the longest and most bought mixtape in Texas history.

Since the early 2000s poker has been a popular topic, especially with the poker boom that began in 2003. But even long before, AC/DC’s The Jack in 1975 and Aerosmith’s Deuces Are Wild released in 1994 popularized the poker phenomenon. More recently, songs like Lady Gaga’s Poker Face, released in 2008 came at the height of the poker craze of the last decade. Even today poker remains a popular game.  The World Series of Poker celebrated 50 years this past July underscoring the popularity of the game.

New platforms and new sites continue to crop up and in the span of 20 years, poker has gone from a niche industry to a revolutionary phenomenon in its prime. This is due to the rise of social media which has brought the game to a wider audience and allowed new apps like PPPoker to thrive. PPPoker’s numerous Twitter hashtags alone show how the platform is becoming more popular with people across the world. And it is this popularity that musicians are able to tap into to find new audiences – especially generations brought up on online gaming and social media hashtags.

A new musician should take the above examples on board when creating new content. By associating yourself with a brand, movement, or even a popular game you can reach out and connect to a much wider audience base.