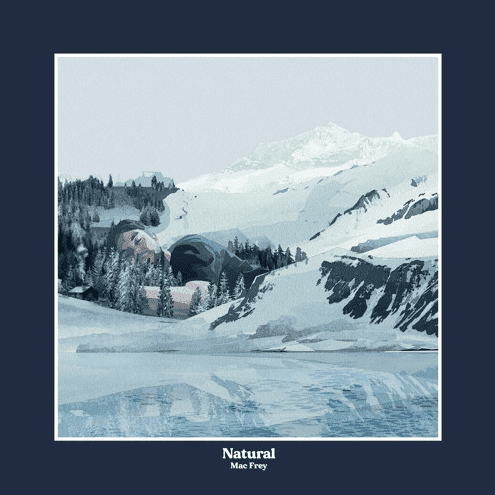 Mac’s voice is to die for. I mean… this is the kind of singer who takes you on a journey; a tour of the world without having to leave your living room, and this is exactly what his latest single, ’Natural’ does.

‘Natural’ feels like a futuristic fairy tale as a soulful blues, almost electronic-pop ballad encased with warm vocals via tone and performance, and a very cool extensive range soaring into falsetto accompanied by glorious harmonies.

The piano cuts through as it shimmers like stars in the sky. However, this illustrious slow, groove ballad feels just a little high on the top end as I was waiting for a deep base to drop in at some point. I feel it is also a little heavy on the reverb which I think hides Mac’s broader warm tone in his vocal; but perhaps without it, Natural wouldn’t have the futuristic feel it is intended for.

As mentioned with the release of ‘Natural’, It’s a dream from the perspective of someone in the future (say, 3020). They’re dreaming about the beautiful natural world we live in and 2020, and how they wish the world could be like that still. “I just wanna sail away like nothing’s real tonight, ‘cause I remember like a dreamboat, floating so Natural”. I think we’re all guilty of being lazy at when it comes to climate change: say’s Mac… We say to ourselves that “our voices won’t create change” like an excuse not to do anything. “Can I just bathe into the sunlight, just one more time” instead of actually fighting for our Planet.

Loving this track from Mac! 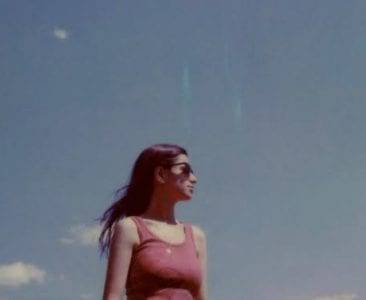 Deanna Devore is a Chicago and Toronto based multi-instrumentalist, singer, songwriter, and producer. Her music beautifully blends downtempo electronic beats with organic instrumentation, creating emotionally captivating music that has been resonating with audiences across the globe. Devore’s polished musicianship, modern production techniques and compelling songwriting emanates a maturity and sophistication that spans across downtempo electronic, R&B, neo-soul, jazz and orchestral territories.
Following the success of her highly acclaimed EP half and half, Devore is unveiling her new release ‘Lately’, featuring a mystery vocalist who cannot yet be announced. Thematically the single narrates the insecurity and ups and downs of a relationship, detailing how love can often feel like an emotional rollercoaster until it finally comes to an end. Its mellow grooves and smooth lo-fi beats cook up a mouth-watering release, oozing with seductive melodies and velvety vocals, which highlight the featured singer’s impressive vocal range. Emitting a sensuous flowing cadence, delicately layered harmonies and a pulsating rhythm, ‘Lately’ provides an alluring neo-soul track, showcasing Devore’s unique and fresh production.
Devore’s inspiration sparks from a sonic level – the feeling and emotions that certain chords and melodies provoke. Her songwriting is built around the result and impact it will have on the listener.
“Lyrically I delve into the darkness and light of love and life”, reveals Devore. With influences partially rooted in the soul, R&B and jazz field, Devore doesn’t allow any limitations to her sound and her music includes elements of a multitude of genres. It’s this genre-blending sound which has allowed the musician to create music without boundaries. She shares, “I hope my music can bridge the gap for fans of all genres and be appealing to a variety of people”.
Devore has seen success performing to sold-out venues and festivals across the map, such as Summerfest, CMJ, NXNE, and 80/35. She has also had the pleasure of opening for renowned artists including Jamie Cullum, Bonobo and SG Lewis, as well as Raveena, Mother Mother and Yoke Lore. The composer has recently explored more commercial work, where her work can be heard in podcasts, feature films and even a Starbucks ad.
Self-produced and performing all of the instruments on the track herself, Devore wishes to encourage other female artists to take a lead in their music,
“I’d love to inspire other songwriters and other female multi-instrumentalist/producers. There aren’t many of us out there it seems, so I’d love to inspire more female musicians to self-produce”.
Devore continues to be celebrated for her remarkable musicality and ‘Lately’ is another indication of what to expect in 2020. 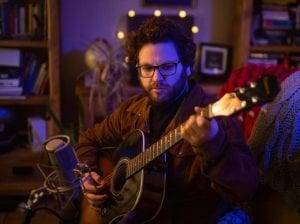 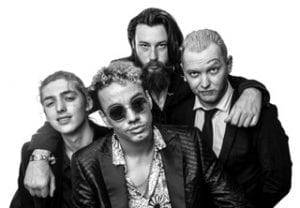 BLɅCKƎLVIS(BLACKELVIS), A South-Wales based band who have created a monstrous stir across the music scene within just 3 months of their first debut show at Tiny Rebel Cardiff in May 2019.
The bands infancy has included headline bookings at six of the most renowned venues in and around Cardiff, which have consistently generated rapturous “always-wanting-more” crowds each time without fail – in addition to numerous support bookings across the region.

BLɅCKƎLVIS has just released their latest single, Gimme Ya Luv and is about the frustration of being an artist in this world (in a fun and enjoyable way). It’s about asking for the people’s love and appreciation so that we can make something of our lives and hopefully do good for others along the way. The main premise of the song is; if you give us your love, we won’t waste it. We’ll transform that love into something great!

Gimme ya Luv has been supported by BBC Radio Wales (Janice Long, Bethan Elfyn and Adam Walton) and Kerrang! Radio (Johnny Doom) amongst hundreds of other radio shows all over the globe
Their music has been described as a fusion of wavy funk rock blended with reggae and hip-hop rhythms and R&B/soul vocals whilst retaining an element of powerful, heavy grooves, provided by their uniquely individual rhythm section. The members of BLɅCKƎLVIS come from very different musical backgrounds;
Frontman LEVi Tyrell Johnson has been gigging for several years as a solo artist playing acoustic or using live loops and beat-boxing as a base to build upon his Prince style vocals and beautiful guitar melodies. LEVi is no stranger to the stage as he comes from a long line of artists and performers. LEVi has been performing or creating art someway all his life. Dreamer and visionary.
Lead Guitarist Ruben Kingman is a fourth generation musician and is steeped in lifetimes of musical heritage and exploration. His dad Simon Kingman is a master of the instrument and plays as the lead guitarist and backing vocalist in the sophisticated roots rock group Zervas & Pepper as well as writing on his own accord. With Ruben’s instrumental background, he has been described as ‘Epic’ by the South-African Blues-Rock Maestro Dan Patlansky. He is certainly one to watch in the future.
Bassist AndyExilded has played in many bands over a 20 year musical career, including Blues rock band We Are The AfterGlow, ska punkers WolfPunch & Skate punk band Not Since The Accident. His playing has been likened to a mix of Matt Freeman from Rancid & Flea of RHCP. Andy has shared a stage with many punk legends during his career including The UK Subs, Sham 69, Stiff Little Fingers, CONFLICT and many more. During his time living in Liverpool his band at the time were supported by acts such as The Coral, The Zutons & Miles Kane, He is a genuine musical heavyweight.
Behind the drums is C.J Collins, an astoundingly hard hitting yet versatile player who has been playing alongside bands and artists for over 15 years. Having a long history of playing in various groups, ranging from big band Jazz & Gospel, to Metal, Rock and Hip-Hop, a definitive arsenal of different rhythmic styles can be heard throughout his performances. Over the years C.J has been likened to a blended style of John Bonham, Chad Smith and Mitch Mitchell.