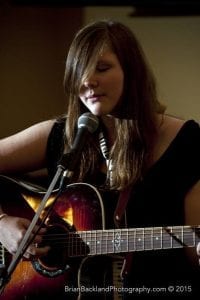 Every time you turn around, it seems as though young singer/songwriter Madison Mueller is giving her fans more good news about her music career. Having been honored with four awards in the last year including 2 “Josie Music Awards”, an “International Singer Songwriter Association” Award and recently an award from the City of Barrie Arts Awards, Madison realizes that it’s hard to continue with that success unless you keep working and learning!

After great success with her last release “Exhale”, being played all over the world, Madison released her latest single, “Too Nice” on December 27th to much fanfare! The singer is really excited to have people hear her new song that leans a little more to the pop side than her previous releases!

“Too Nice” is an anthem for anyone who’s had someone come back into their life when they’re trying to move on and get to a better place with themselves. It was inspired by how frustrating it is to feel like you’ve taken a step forward and then that certain someone decides to show up out of nowhere, and now you’re two steps back again. This song was written to show that being the bigger person doesn’t always mean that you have to be “too nice”, and this song displays that feeling in about 3 and a half minutes of pop attitude!

Being ranked #1 on reverbnation.com on the Singer/songwriter charts in Canada for 24 months, the young musician’s unique voice and her ability to write and deliver emotional performances has brought her the interest of many people in the music industry. Madison was recently on Global TV’s National morning show performing and talking about her career! All 4 of Madison’s songs have been added to the CBC Radio Catalogue and are getting airplay on their FM stations. Stay tuned for many more announcements in 2020!