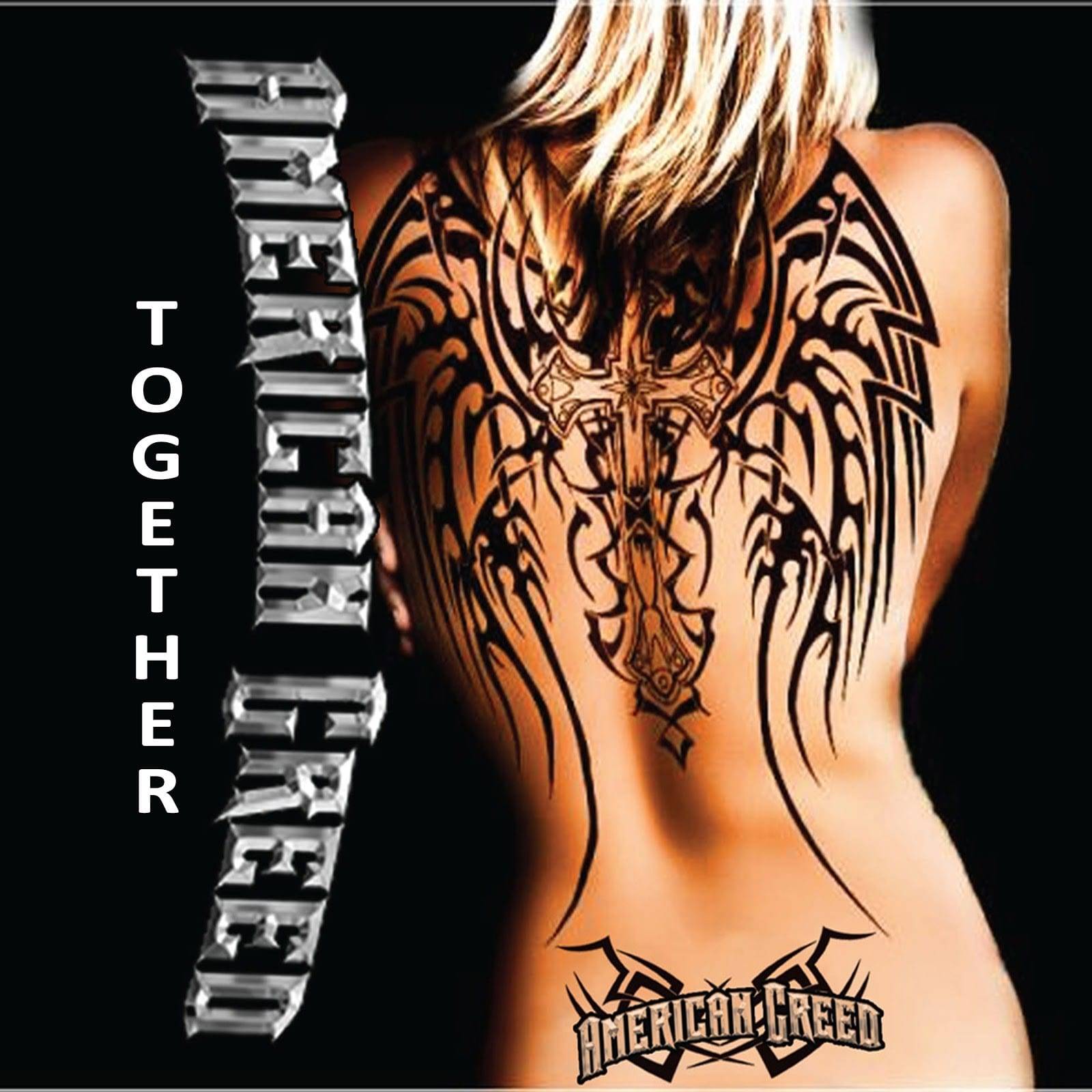 Multi-talented rock band, American Greed, recently released their brand new album called Together, to stand in unity and solidarity with those who were affected by the novel coronavirus, COVID-19.

The musically gifted rock group has created a wonderful and unique album that has given fans the motivation and  strength to move forward.

At the same time, American Greed released a single titled, ‘Together,’ and decided to donate all proceeds from the single to those organizations who are helping people affected by Covid-19.

In addition to the music, the band released a music video to accompany the single. The visuals display a simple and thought provoking images of New York’s pandemic lockdown that have a silencing effect.

The launch of Together has shown the continuous dedication, passion, and love American Greed has for the music industry as well as the humane and generous act of giving during the pandemic. Have a listen! 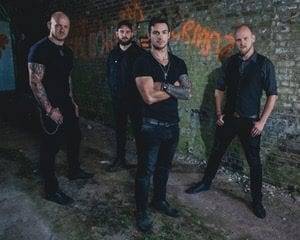 Graces Collide are a powerful melodic riff laden rock monster hailing from the heart of Brighton, UK. Graces Collide are made up of the cool and calm Danny Wenham on vocals and lead guitar and the strong and energetic twins Jurgan & Will Hamblin,  playing bass and rhythm guitars.
They’ve spent the last few years performing  up and down the country with the likes of ‘The Rocket Dolls’, ‘Icarus Falls’, ‘Saint Apache’ & ‘Cyanide Sundae’ (to name but a few) and getting a reputable name in the live rock scene as serious ones to watch out for!
During the summer of 2018 Graces Collide enlisted the help of rock producer & ‘River Becomes Ocean’ bassist George Donoghue (River Becomes Ocean/The Rocket Dolls/MASSIVE) and recorded their debut record ‘Our Tomorrow’.
The band also worked with world renowned producer and mixer Romesh Dodangoda (Bring Me The Horizon/Don Broco/Lower Than Atlantis) to mix and master the album.
The first single taken from ‘Our Tomorrow’ is the blistering ‘RIDE’ & frontman Danny Wenham says “If you like your killer hard-rock to have more hidden up the sleeve than just plain-old naked aggression, this will be for you…”
... “The track Ride came from the idea of being ground down by someone who feels you are on this earth to serve them and only their needs. The song is about the realisation of that feeling and how you are done.. finished with taking the blame and orders.  Be it a lover or ex lover haha or anyone who you feel doesn’t give you the time or respect we as people deserve… and everything they say is another reason to leave.. or in this case Ride” .
The 10 track “riff-monster” album ‘Our Tomorrow’ is set for release Friday 10th April 2020 and the band will be on tour following the release.
Graces Collide are:
Danny Wenham – Vocals & Lead Guitar
Jurgan Hamblin – Bass
Will Hamblin – Rhythm Guitars
Drums – currently vacant
Catch Graces Collide
Catch Graces Collide
Fri 6th Dec – Bar42, WORTHING w/The Rocket Dolls 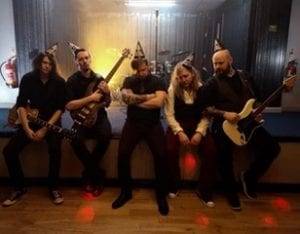 FROM THE ASHES OF ‘MATCHSTICKMEN’ AND ‘RAIN MAY FALL’… COMES ‘ATTIC THEORY’
New name, new beginning for the Liverpudlian based rock band.
Matchstickmen, who released their second album ‘From Our Own Ashes’ (via Holier Than Thou Records) decided it was time to change their name and give themselves a fresh start.
Remaining members of Matchstickmen, Lewis Wright and Peter Donnelly are joined by guitarist Tim Cunningham (Rain May Fall), Kenny McArthur on bass and Matt Simon (Limehawk/Guns N’ Roses Tribute – Guns2 Roses) on drums.
The band continue their musical journey as ATTIC THEORY.
The new line-up will perform their self-proclaimed genre of Alternative Groove Rock. Heavy hitters in the local scene, Attic Theory are as grungy as one can be without losing the rock ‘n’ roll charm.
The inspiration behind the name Attic Theory was taken from an episode of Elementary – a CBS television series based on Sir Arthur Conan Doyle’s Sherlock Holmes detective stories with contemporary twists. It stars Jonny Lee Miller as Holmes and Lucy Liu as Watson.
Vocalist Lewis Wright explains, “In an episode of the show, Sherlock states that the human brain is like an attic. A storage space for facts. But because that space is finite, it must be filled only with the things you need to be the best version of yourself. We thought this was fitting with everything that was going on and decided it was time to leave the past in the past – New name, new beginning”.
Since forming in 2017, the band have performed a selection of high profile support slots for The Soapgirls, Saving Abel, Psycho Village, Tragedy, Derange, Elvana and Seattle legends Candlebox and have performed at Rock N’ Roll Marathons, Biker Festivals and horror and tattoo Conventions across the country.
Attic Theory toured with Elvana (Elvis fronted Nirvana) at a variety of O2 Academy venues and are about to hit the road with American Rockers, Tantric across the UK and Europe.
All members of Attic Theory have earned themselves an array of prominent gigs over the years, opening for acts such as Electric Six, The Quireboys, Graham Bonnet, INME, Taking Dawn, Uli Jon Roth, The Alarm, Skin, The Trews, Supersuckers, Crowbar, Diamondhead to name a few and have graced the same festival stages as Reverend and the Makers, The Real Thing, John Power, Dodgy, John Head and Toploader plus many more.
Following the release of their debut single ‘Saints Among Us’, which has over 20,000 streams on Spotify alone, Liverpool based Alternative Groove-Rock band, Attic Theory are back with their second single ‘My Own Design’!
To make the new single a reality, Attic Theory enrolled the help of their fans and held a Facebook fundraiser.
The band asked ‘Theorists’, the name the band has given to their fans, to help them raise the funds to record the single. Lead vocalist Lew Wright commented “We were overwhelmed and humbled by the donations that we received, especially when one of the ‘Theorists’ that donated was Kev Martin from Candlebox! Kev is one of my favourite singers of all time! We are so thankful to him and every ‘Theorist’ that donated and made the new single possible”.
Produced by Loïc Gaillard and recorded at one of the most in demand recording studios in Liverpool, The Motor Museum.
‘My Own Design’ is Attic Theory’s second single but is the first track released with new drummer Matt Simon. Matt was a long serving member of Limehawk and Guns N’ Roses Tribute, Guns 2 Roses. Matt commented “Within weeks of me joining Attic Theory, we were booked into the studio to record the ballsy rock single ‘My Own Design’… I immediately knew this band meant business!”
Lewis says: ”‘My Own Design’ is inspired by a breakdown in communication within a relationship and the realisation that both parties, have become people they don’t even recognise in the mirror anymore, and should not be together. Lyrically, I wanted to mix things up a bit so I made a few alterations to the original subject matter. In ”my version“ of events, one person has come to their senses and has realised they have become a slave of their own making… a slave of their own design… and the other, is hosting their very own pity party and hasn’t grasped that the relationship is over.”
TOUR DATES
05.12.19 – London, UK – The Unicorn, Camden
06.12.19 – Oss, Netherlands – Café Lollipop
07.12.19 – Amsterdam, NL – Melkweg
08.12.19 – Siegburg, Germany – Kubana Live Club
09.12.19 – Munich- Backstage
10.12.19 – Vienna, Austria – REPLUGGED
12.12.19 – Marseille, France – Le Molotov
13.12.19 – Aarburg, Switzerland – Musigburg 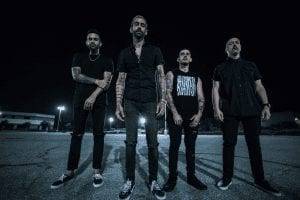 Southern California rockers Assuming We Survive have signed with InVogue Records. The band has just released a new single and video “Too Close” which is streaming everywhere here: https://orcd.co/tooclose.

This fall, fans can catch the band on tour with We Were Sharks (with support from Never Loved on select dates. See tour dates below.

Rock n’ roll subculture is uniquely exciting in terms of the level of crowd participation, interactivity, and accessibility present at most shows. From the early days of the Sex Pistols and the Ramones, clear through to the Descendents and NOFX, the most passionate of players work hard to destroy the perceived boundary between the audiences and the band. “Hey, we’re just fans, too. You could be us.”

Assuming We Survive takes this ethos and amplifies it times infinity, barreling headfirst into each and every aspect of their existence with collective energy and unbridled optimism. Singer Adrian Estrella, armed with unmistakable charisma and good-cheer, will take a literal surfboard into the crowd, riding the physical and metaphorical wave of enthusiasm and electricity present at every single AWS show.

The band’s frontman is united in his goodwill and welcoming vibe with his musical cohorts and fellow Inland Empire, California mainstays: guitarist Phil Adams, guitarist Johnny Silva, and drummer Kris Pasos. Assuming We Survive has generated steady steam and garnered accolades for nearly a decade. But in recent years, AWS has truly come into their own as their dedicated approach spreads their sound across the globe, amassing an army of smiling supporters eager to give the band their all.

It’s a wave of momentum and positivity that has catapulted Assuming We Survive into the Top 50 on the New Artist charts and more importantly into the hearts and minds of a burgeoning crew of like-minded supporters and believers, from the kids who share their love for the band on social media to the band’s contemporaries.

All Roads Lead to Home, the band’s debut full-length was a collection of inspiring jams running the gamut from pop-punk to Easycore, with aggressive energy befitting of the more extreme sides of the underground scene and soaring melodies with unapologetic hooks, catchier than most Top 40 rock radio.

Assuming We Survive songs are a collective testament to the band’s creative diversity, dense musical influences, and willingness to pour themselves into their music. Their songs are earnestly heartfelt. AWS is both motivated and motivating.

AWS has toured with such bands as Falling In Reverse, Attila and Atreyu to name a few, while making the rounds on festival lineups like SXSW, So What?! Music Fest, Vans Warped Tour, Self-Help Festival, and Monster’s Aftershock, where they’ve played alongside bands such as Avenged Sevenfold, Pierce The Veil, Sleeping With Sirens, Good Charlotte, and Real Friends. Assuming We Survive isn’t satisfied until every person in the house is energized, happy, and empowered.

With their last release, CHAPTERS, the band went into the studio with producer Tyler Smyth (Danger Kids, Bless the Fall, Falling In Reverse) with the mentality of making a record that would “break the mold” so to speak.

Now with their recent signing to InVogue Records, Assuming We Survive aims to continue to energize the whole world, one show at a time, channeling energy back and forth with every single fan.

LINKS TO ASSUMING WE SURVIVE