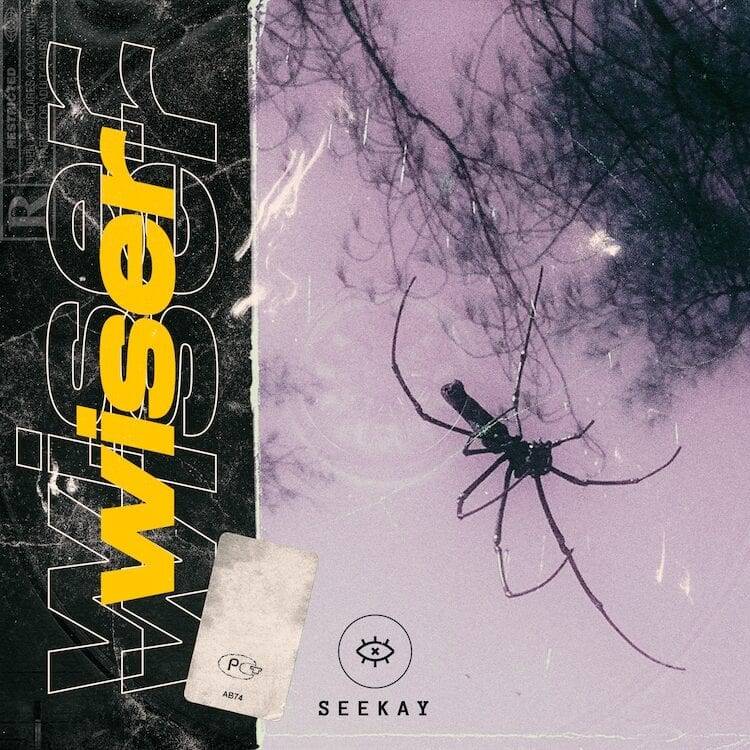 London-based producer Seekay returns with a deeply moving piece, a single titled “Wiser.” The song is about abuse and how naive we can be when we are young, accepting the unacceptable. Seekay has joined forces with the beautiful vocalist Chloe who has done a fantastic job at understanding Seekay’s main artistic intention. The electronica-pop track is one of the most accomplished releases by Seekay so far, and following-up on the astonishing “Hold” and “Fall.”

He has made it his specialty to blend the deepest lyrics with atmospheric soundscapes that will take listeners on a unique journey where meaning, beauty, and pain dance all together in a perfectly synchronized ballet of sounds. 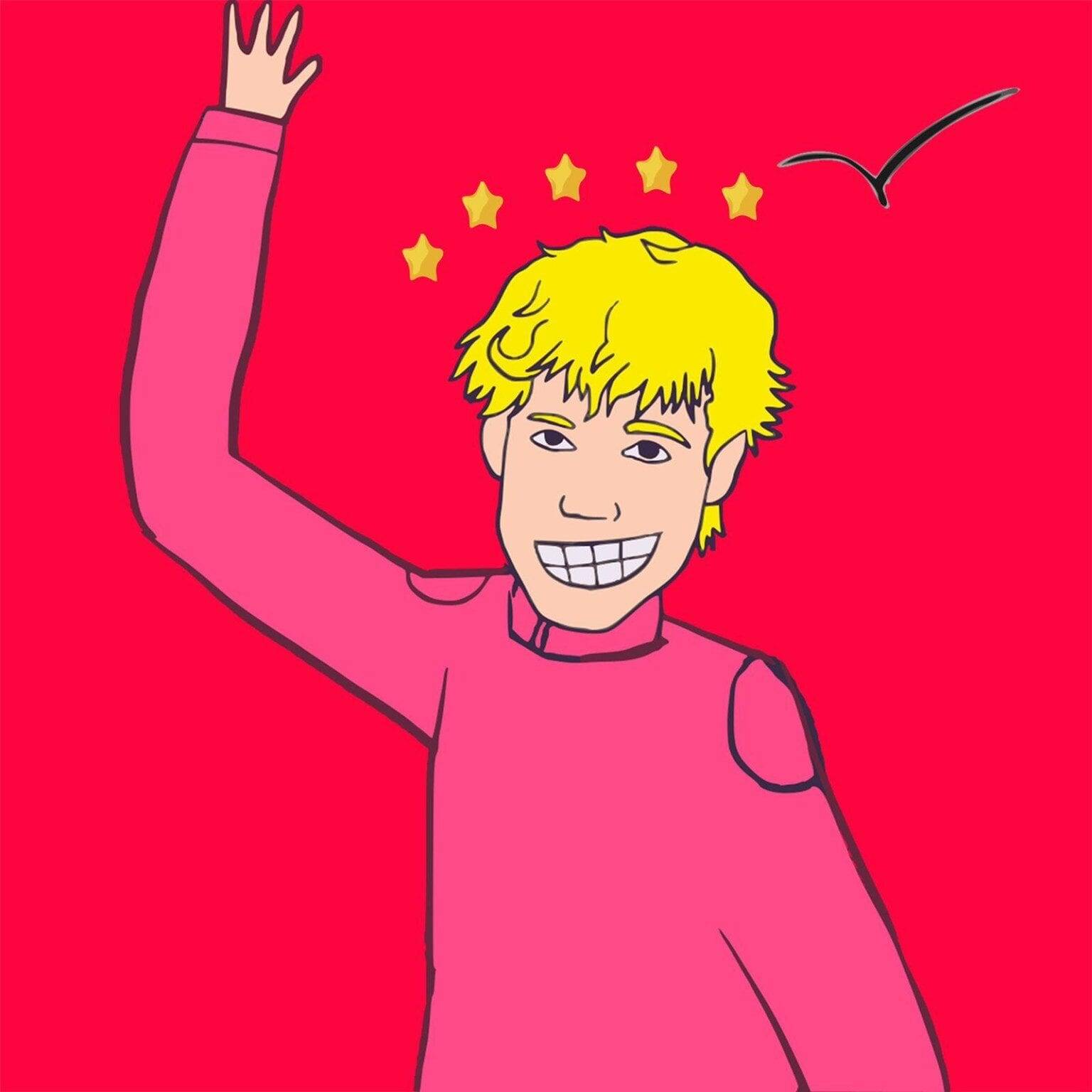 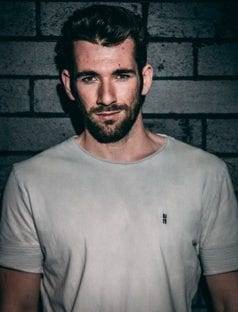 ‘Come Alive’ is a power pop song with a very serious message. “Come Alive was written about women who I see, spending their lives trying to make other people happy but not thinking about their own happiness”, says Aspy,  “I am surrounded by strong, independent women and it saddens me when I see other women who are not in control of their own lives and their future is in the power of someone or something else. I wrote this song to encourage them to be the person they want to be and I hope they find the strength to do that”

Twenty-two-year-old Aspy Jones was shocked that his debut EP ‘Tantamount’, was such a success. It was funded by the Regional Arts Fund and three of the tracks released reached the top of the Triple J Unearthed Charts.

Aspy has been entertaining crowds at venues and festivals across Queensland including the Gympie Music Muster, Rockhampton River Festival, Rush Festival, Hervey Bay Seafood Festival, Peregian Originals, Hot 91 Fire in the Sky and was even showcased at the Sunshine Coast Music Industry Conference, Turn Up.

Aspy Jones did not have the easiest of childhoods and was diagnosed with Asperger’s Syndrome at 8 years old. “Finding a place in the world is not easy for people with autism”, says Aspy, “And I was embarrassed for a long time, but now I think my different ability helps my creativity as a songwriter”.

Aspy’s unique character, great sense of humour and personality always spills out into his lyrics. “Song writing is my life, I write songs to try and entertain, encourage or just to connect with people. I always feel really happy when someone says they relate to my lyrics”, says Aspy, “I also love messing around with the words and making them fit, it’s like a verbal game of Tetris”.

Gold coast singer-songwriter Amela uses her catchy melodies to deliver a soaring pop track with the release of her new single “Blame”. Recorded at her school, Nightingale Music, and Bignote Studios by upcoming Gold Coast producer Josh Beattie, Amela explains that “Josh did an incredible job (as always) at arranging and recording the rest of the instruments” that seamlessly compliment her natural ability to write a captivating melody.

This ability was something that was developed since Amela wrote her first song at 10 years old, singing into the voicemail of her home phone to record the song that had been playing in her head.

Having released her debut album in 2017 Somewhere in Between, Amela began to receive national airplay on Triple J and regular rotation on community radio stations throughout Australia with her single “Push & Pull”. Already possessing a long list of achievements, Amela has been sampled in Allday’s “Codeine 17” and has collaborated with diverse international electronic producers including Astre, Clovr, as well as Sydney rock band Bad Pony. Amela also recently performed at the Woodford Folk Festival with Bosnian folk band Cardak and was a Gold Coast Music Award finalist alongside Amy Shark.

Now more ambitious than ever, Amela hopes her upcoming album in 2020 will bring a fresh sound and help her to expand musically, giving fans an exciting new journey to join with her. With Amela’s lead single “Blame” having been made possible by receiving a grant through the Gold Coast Activate Music program, it’s not hard to see the Sia-inspired artist reaching new heights. Impressive Debut Single from Folk Pop Band The Pairs 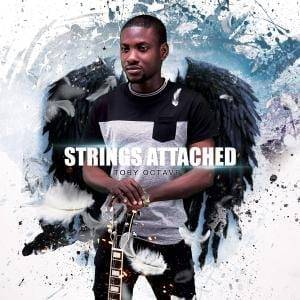 The arrangements in ‘Strings Attached’ are unique and different from each other making the entire EP one of a kind. The EP spotlights the Toby Octave’s vocal abilities as well. Undoubtedly, the EP has the ability to impact the listener as it contains a unique style and sound that gives each track an identity on top of the powerful lyricism. The uplifting production and deep lyricism of the EP will take the listener into a musical journey. The EP has the ability to resonate with any pop/afrobeat fan as it has every element to deliver a message, be impactful, and catchy. The entire EP is written and produced by the talented Toby Octave.

About Toby Octave
Toby Octave is an emerging singer-songwriter, guitarist, percussionist, pianist, and producer hailing from Lagos, Nigeria. The now Maryland-based afro-pop/R&B artist seeks to leave his footprint in the music scene. At a young point in his career, Toby Octave earned the nomination for the “Best Upcoming Act”, which he won. With a special talent in composition, Toby Octave is as versatile as an artist can get. Fusing, working and writing different genres Toby has developed his own unique sound and style. EPs like “Mixed Feelings” and “Grateful” showcase his versatility as an artist, and his unique, uplifting sound. With a dynamic sound, Toby Octave is an artist to keep an eye and ear out for as he is set to keep rising in the music scene. 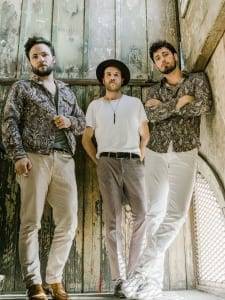 Raynes is a transatlantic trio made up of two Americans and a Brit. Now based in Los Angeles, Mat Charley and Joe Berger, both born and raised in North Dakota, met UK native Mark Race through Instagram after an extensive search for the final piece of this project. The geographically unlikely three combine their unique and complementary strengths to form an artistically authentic band, integrating elements of modern pop with classically Americana instrumentation. Their ability to blend pianos and synths, pounding drums and sophisticated vocals, and string arrangements with acoustic guitars and mandolins results in an impactful, one-of-a-kind style.

“It’s been a fun challenge incorporating all of Mike’s pop expertise into our sound. We’ve had a blast figuring out how to make a violin sound like a synth and a snare sound like a hand clap, as well as blending it all together so it walks the line between folk and pop in the most appealing way.” ‘Lemon Drop’ describes chasing fame in Los Angeles and the tension between the sweet and the sour that comes with that. The trio confide, “It’s pretty fatalistic, but very tongue in cheek, as none of us are really planning on getting hooked on drugs or the adoration of fans or any of the other pitfalls that our parents and Hollywood itself warned us about.”

Sonically, the music is inspired by a myriad of different influences. Their sound has been compared to the arena-filling choruses of Coldplay, the Americana instrumentation of Mumford and Sons, and the harmonic complexity of the Beach Boys. Raynes call this inimitable fusion “expensive folk”––folk instrumentation which incorporates very obvious elements of pop production, ultimately creating a slicker and shinier sound than straight-down-the-middle folk. “Even with all of the more exotic or unusual components, it’s really just pop music at its core,” reveals the band.

There are recurring lyrical motifs running through the music of Raynes––heads and hearts, blood and bones, sugar and salt, sun and rain, and wine and water, among many others. There are also a number of musical ideas and elements that repeat in many of their songs, such as atmospheric synth tones, violin and mandolin counterpoints, and world-inspired percussion. But there’s not really one thematic throughline other than “the human condition” and all that comes with it––longing, confusion, cowardice and despair, but also joy, hope, growth, and of course love. Some songs are inspired by Bible stories, Greek myths, or historical events, and some are more personal, direct, and intimate.

With a catalog of songs, ready to unveil one by one, Raynes continues to grace audiences with their robust folky foot-stompers, introspective ballads, and pure pop sugar. ‘Lemon Drop’ is currently available worldwide.