Amanda St John is a soulful singer-songwriter from Northern Ireland. She is a mainstay on the Irish radio, festival and gig circuit and has been described as a “Head-turning vocalist with serious song writing prowess………a sensational artist” (Visit Dublin). She has worked with artists like Brian Kennedy, Eddi Reader, Mary Coughlan, Gareth Dunlop, Ciaran Gribbin (of INXS) and Jon Tiven (Grammy winning Nashville writer/producer whose CV has included BB King, Van Morrison and The Rolling Stones etc…).

After hearing Amanda’s voice, I had to find out more about her. Read the interview below and of course, take a listen to her music.

MT: Hello Amanda, nice to cyber meet you. Wow, what a voice! Your voice and style, inclusive of the BV’s, are reminiscent of the real soul music from the good ol’ days. Who did you grow up listening to?

Amanda: Hey there, and thanks so much for the feedback. I actually grew up listening to Irish folk music, it wasn’t until I was about 18 that I started listening to soul music. I heard Marvin Gaye’s ‘What’s going On’ album and it blew my mind. I started exploring the classics then like Bill Withers, Aretha Franklin, Etta James, Roberts Flack and was so moved by the power and expression of these artists.

MT: Having been the 1st Independent Irish artist to record in the ‘Fame’ studios in Alabama, can you share your experience and the differences recording there as opposed to other studios you had previously recorded?

Amanda: It was like a dream come true walking in those doors and standing in the same vocal booth with the same mics and same musicians as my heros. At one point I had this really overwhelming thought and was like “Aretha was here!” It was a very different experience than my 1st album as I took my time with that and recorded it over a 6 month period here in a studio in Northern Ireland (with producer Mike Mormecha). This album was all live tracked (bass, guitar, drums and keys) and we were really on the clock as we had just 5 days to record the whole album. I traveled there with co-writer/drummer/producer Mike Mormecha and co-writer/guitar player Paul Tierney and I hired 2 of the original ‘swampers’ session musicians to complete the band. It was an absolute joy to work with David Hood (Aretha Franklin, Etta James, Percy Sledge, Paul Simon, Alesha Keys etc.) and Clayton Ivey (James Brown, Aretha Franklin, The Supremes, Joss Stone etc) who welcomed us with open hearts and shared their wisdom and expertise so generously.

MT: Who do you now enjoy listening to as a fan?

Amanda: I’m listening to Gregory Porter, Lianne La Havas, Erika Badu and Leif Vollebekk a lot at the moment. I’m starting to write again for my next album so I’ve been revisiting classic songwriters like Joni Mitchel and Carole King for inspiration.

Amanda: I released my debut Ep ‘Where is The Man’ in 2012. I was late committing to myself and my music career to be honest.

Amanda: The most frustrating part is getting your music to the right people. There are some playlists and DJ’s that I know my music would suit but without a budget for a radio plugger it’s difficult to reach these people. Finances are definitely the biggest struggle overall. It’s so expensive to produce good quality recordings, then you need a massive amount more for quality videos and promo material. I just wish a had a digital marketing budget too. Lol. Without big budgets everything just takes more time and you have to keep plugging away to build your fanbase organically.

MT: I believe you are a household name in Ireland, I apologise for not knowing you here in Australia, however, that will soon change ☺  Where are you based at the moment and where do you plan and hope to take your music?

Amanda: Lol, you’re very kind and I wish I was but like so many artists I’m still building my name here too. I do have a good following in certain circles though and I’m grateful for that. I am based in Co.Antrim in a small rural seaside village, it’s such a lovely place to live and create. Belfast is my closest city. I’ve been very lucky to tour across the Uk & Ireland and also in the USA the last few years. I’d love to take my music to the European market and festival scene now, though I’m open to anywhere that receives my music well.

MT: Can you explain a little bit about your song-writing process, who you have collaborated with and what it’s like to collaborate with such music royalty?

Amanda: I’ve been very lucky to write with some super talented Grammy award winning writers over the years but for this album most of it was written with my 2 main collaborators Paul Tierney and Mike Mormecha. I love collaborating as it helps bring a song to a new level when other writers add their ideas and creativity. It’s such a rewarding process to see an idea grow and take life.

MT: As an artist myself (way back), no matter how many releases you have, there is always excitement around each new release. Do you feel that each time you release something new, given the times we are in, (in regards to streaming and fans attempting to find new music); do you try and think of new ways/strategies with each new release?

Amanda: Yes it really is exciting but also very nerve wrecking. I write very autobiographically and these songs in particular are very raw emotionally in parts. It’s quite a vulnerable experience releasing your innermost thoughts and feelings into the world and sharing yourself at this level. The release strategy and business side of it is so important as every artist wants people to hear their music and reach press if you are to have any impact. I do find this the hardest part of things. Spotify and streaming has changed the game slightly too as it has really meant that music is more about numbers than sales these days. Everybody is literally learning to adapt and change to a very quick moving industry and figures suggest that less people are listening to albums so I released a lot more singles ahead of the full album this time to try and slowly increase fan base and listeners with each song. It’s all a bit trial and error to be honest but I am learning a lot.

MT: When you record, do you produce or arrange all the vocal parts, and do you naturally progress to the classic soul sounds of the likes of Aretha Franklin or Dusty Springfield; Is this a part of your nature and soul?

Amanda: That soul sound is very much at my core so I don’t have to think about it too much. I do all my own vocal parts and arrangements and a large majority if the backing vocal parts too. I actually had very severe vocal damage during production time and I had some good vocalist friends Matt McGinn and Siobhan Brown (who I’ve collaborated with a lot in the past and is so gifted at soul harmonies) who stepped in to help get the final bv parts recorded. I also love gospel choirs so had a small choir which I arranged parts for and led the recordings for a few songs.

Amanda: I’ve had a lot of life challenges the last few years which make my music career hard to focus on and put me under immense pressure financially. During the production period with this album I lost a large amount of money when Pledge Music went bankrupt and I had a lot of time off earning due to caring for my father (who was terminally ill) and then soon after that the vocal damage I talked about. That was an extremely difficult period of life for me. I had just invested my life’s work into an album, was so broke I had no money to finish it and was told after 4 months of vocal treatment that the damage was so bad I might never sing again. I had so much work to do to heal and get back on my feet, and raise the funds I needed before I could release this album, it just makes me all the more proud though that I’ve finally got it out there into the world despite some very difficult obstacles.

MT: From what you have learned about your challenges in the music business, what advice would you like to give upcoming independent artists?

Amanda: Have a vision outside of success that you want to achieve and appreciate the small victories. You will get more rejections than successes but if you believe in yourself and that your music has a purpose then you will keep moving towards your goal even if it is taking longer than you hoped. Sometimes I get caught up in the business side of things and forget how far I’ve come as well as the joy of creating and touching audiences. 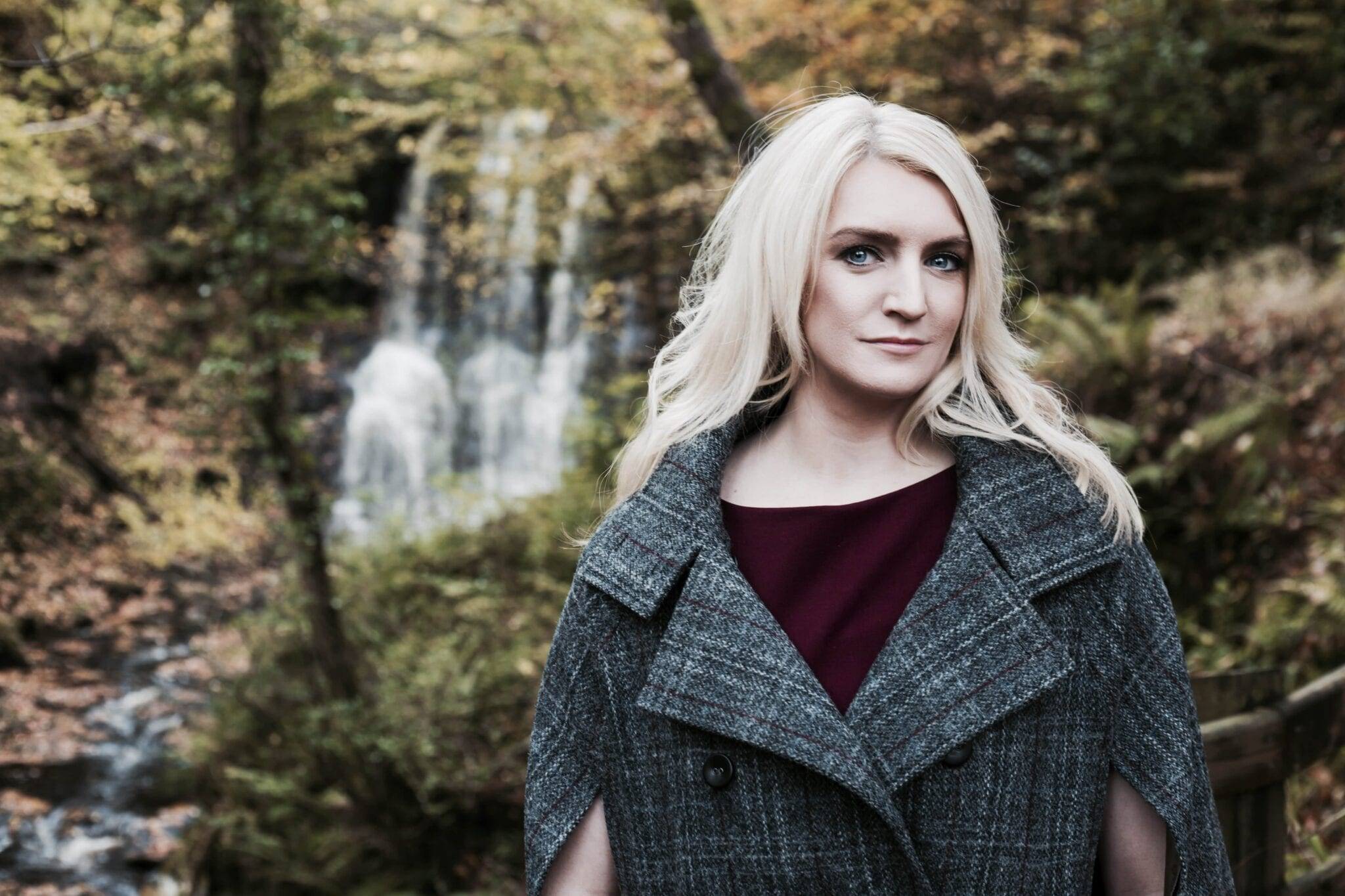 MT:   Besides singing, do you play any musical instruments and How long have you been playing them?

Amanda: I have played guitar since I was a teenager, though I’m much more confident as the singer.

Amanda: First and foremost I am a mum, I have a 12 year old daughter) who is my main focus in life. I also teach workshops on personal development, vocals and songwriting. I work with a lot of community and charity projects (mostly with teenagers) and am so committed to other people having belief in themselves and reaching their full potential. On my downtime I live by the beach and am very into nature and the outdoors.

MT: You have some major performances under your belt, including the prestigious Folk Alliance Festival, performing for the US president among many; Do you have any specific rituals or do anything specific before you head out on stage or even before you record your vocals in the studio?

Amanda: Yeah I do have to get into the zone and try to filter out all the nerves and inner noise. I usually do some vocal warm ups and deep breathing techniques to ground me and make me present to the moment.

MT:   In these horrid times of Covid 19, what are your music plans for this year and how has this current climate affected you both musically and personally?

Amanda: My plans have obviously changed drastically due to Covid. I had to cancel my US, UK & Irish Album release tour as well as all my festival dates for the summer. I’ve had to completely restructure my plans and focus on reaching people digitally. I’ve been doing Facebook Lives as well as Zoom concerts and have been working hard on creating new digital content. It’s been a huge blow financially but so many people are in the same boat so I can’t complain, I’m just grateful to be healthy at this point.

Personally I’ve really enjoyed the slower pace of life and appreciate the extra time with my daughter. We’re lucky to live in the countryside and the weather has been great so I feel like I’m getting a chance to recharge my batteries after such a stressful couple of years.

MT: Thank you so much for your time Amanda, I really appreciate it. 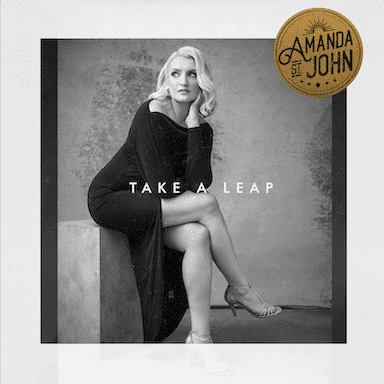