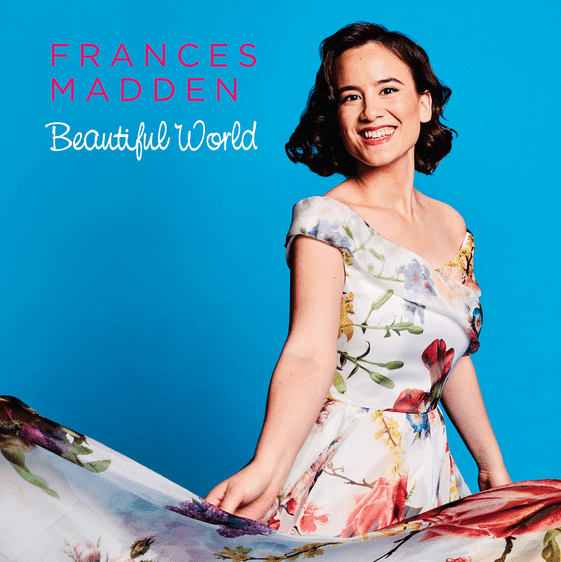 Frances Madden is an Australian jazz vocalist who’s built her audience from live shows as well as releases and will continue to do so if ‘Beautiful World’ is anything to go by.

With eight of the 10 tracks produced by ARIA award winner and music director of other great Australian artists such as John Farnham and Olivia Newton John, Chong Lim, this album is yet another refreshing album that can change any low mood into putting a spring in your step, even in these times of isolation.

This album contains a variety of jazz assorted tracks from the up-tempo titled track ‘Beautiful World’ which paints some beautiful pictures upon listening to the lyrics, I could very easily hear this placed in movies such as La La Land.

‘Side By Side’, Frances shows off her well controlled vocal as she cruises with ease, much like flowing melted chocolate, indicating her enchanting vocal ability isn’t limited; Frances could sing any genre.

The production is spacious and bright, allowing you to hear every beautiful instrument and BV’s. And how about that piano in ‘The Tango Never Lies’!

Frances’s jazz rendition of ‘I Go to Rio’, originally made famous by none other than our other Aussie crooner, Peter Allan, is a swinging ditty that would make Mr Allan proud.

A purely magical album that will have you feeling on top of this beautiful world, even in these trying times.

This album will have you to believe that we will, once again, have a beautiful world.

Frances Madden is fast becoming one of Australia’s best and most well-known Jazz-influenced singers and songwriters.

Frances performs around Australia in leading jazz clubs, festivals and major events and has recently completed an eight-show tour of the east coast. While the Australian songstress may seem young, her music has a broad adult contemporary feel which shows maturity beyond her years. Having supported the big names in music with the most recent including the legendary Dionne Warwick and Grammy Award winner Gregory Porter. 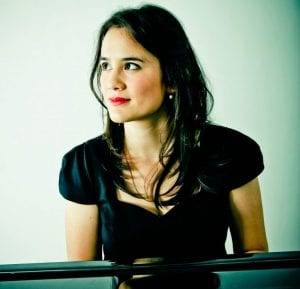 With her debut album ‘If This Were A Dream’ debuting at #5 on the ARIA jazz charts, Frances is currently in the process of recording her second solo album with ARIA award winning producer, Chong Lim.

MT: My first question is one that I know is one they say, you should never ask a girl. But since I’m a girl too, how old are you?

MT: At what age did you begin singing and writing music?

Frances: I started classical piano at about 6 years old and didn’t begin singing until much later. In my last few years of high school I decided to get some singing lessons and enjoyed it so much that I went on to study a Bachelor of Music in Voice at AIM. I began writing later again when I was about 21.

MT: Who did you listen to while growing up and who inspired you to venture into the world of jazz?

Frances: I grew up listening to a broad range of music, thanks to my Dad’s CD collection. There was quite a bit of jazz, some of my favourites included Diana Krall, Ella Fitzgerald. But there were also other artists such as the Beatles, Joni Mitchell, James Taylor and Simon & Garfunkel. All of whom I loved and who I think have a lasting influence on my music. 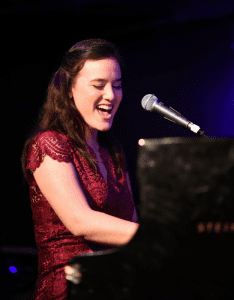 MT: People are mesmerized by your performances and how you lead your band. How did you learn to handle all the amazing attributes as a great composer, arranger, singing and band leader?

Frances: That’s very kind! I love what I do and I think the skills involved have evolved gradually over a few years of working fulltime in music. I love the thrill and buzz of performing live to a receptive audience and working with a great band. I also love the process of writing and polishing a song idea until it’s finished and ready to be set free into the world. There are a few different ‘hats’ you need to wear as an original artist (songwriting, arranging, engaging with your audience) and I try to give time to each on a regular basis.

MT: You have specific charities you like to support, can you name a few of them and give us the reasons why you chose these charities?

Frances: A few years ago by chance I met a successful business woman and entrepreneur in Sydney, Dominique Robinson, who owns her own law firm but is also the chairperson of the cancer charity event, the Tour de Cure Ball. My band and I have performed at a few of their events over the years and it’s been a special experience contributing to such a great cause. We’ve also performed for Autism Awareness Australia at the Opera House.

MT: Your debut album was remarkably successful, can you tell us a little bit about your next album you are working on with Chong Lim?

Frances: Thank you! About a year ago I visited Nashville, Tennessee on a songwriting trip and came back with a suitcase full of new tunes. I was lucky enough to record some of those tracks for my next album earlier this year, with Melbourne producer Chong Lim (John Farnham, Sarah McKenzie, David Campbell, Sydney Olympics) and will hopefully be back in the studio this December to finish a full album. It is exciting to be able to share new music and I hope this album will capture more of my own unique sound. There is a cheeky Latino song called The Tango Never Lies (about how you can always trust the dancing to tell the truth!). And there is also a ballad with a gentle country feel called The One Who Walks Me Home, about how love walks us through the different stages in life.

MT: How did you find working with Chong? (I know he is a very funny guy)

Frances: Chong is such an experienced and talented music man, it was wonderful to work with him and learn from his production process. He was a great guide and also encouraged me to follow my own instinct. He is very creative but also has great discipline. Conveniently we also both enjoy late night feeds at noodle bars, which worked well after 1am recording sessions. . .

MT: We believe you could be the inspiration for other upcoming singers and musicians to pursue their careers in Jazz as opposed to another genre;

What are your thoughts on Jazz making its way into the hearts of the younger generation?

Frances: It would be wonderful if my music connected with or inspired younger musicians in some way. I love the classics and standards of jazz and I believe kids should be exposed to them more in school. But I think writing new music is also important as it’s a way of keeping the genre alive while bringing something fresh and contemporary to the table that can appeal to the younger generation. It’s important to engage young people as they’re the ones who will carry it on in the future! I think there is a danger in jazz, as in other things, if you stick religiously to the traditions and don’t let things evolve.

MT: Is there anything that you like to do before you step up on stage? i.e. meditate, wear lucky charms, a chant with the band?

Frances: Haha – I know my good singer friend in Melbourne likes to hang out in the green room bathroom right before a show (quirky, right?). Personally, I just like to relax with the band before a show, do some quick singing warm ups and brainstorm any jokes I can make to break the ice on stage (they’re usually about my sax player who used to be my lecturer at uni and who I tease mercilessly because now he has to play my tunes and arrangements !).

Frances: I love performing with my band and am lucky to be working with some of the best jazz musicians in Australia. I generally work with the same musicians though it sometimes varies if I’m touring or if it’s a busy period. Most times I have Tim Geldens on drums, Brett Hirst on double bass, Carl Dewhurst on guitar, Jason Bruer on Saxophone, Ray Cassar on trumpet and Borbala Bodonyi (Bobo) on backing vocals. When I’m in Melbourne I’m also lucky to play with Sam Anning, Darryn Farrugia and Harriett Allcroft.

MT: Other than music, what’s your favourite past time?

Frances: I have a few . . . I love watching 19th Century period dramas or classic rom coms. I also love eating Italian or Japanese food, French speaking and learning how to sew  — my mum is a bit of an expert and makes most of my performing clothes. (I’m a bit old fashioned I know!)

Thank you so much for your time. Keep up the great work and all the best with the new album release. We hope to see you soon at one of your upcoming performances.

You can find more information on where Frances is performing on her website. www.francesmadden.com

Thank you for the chat! It’s been a pleasure.

Frances & her band will be performing their show ‘Practical Magic’ at Foundry 616 in Ultimo (Sydney) on Friday November 2nd. Early bookings highly recommended.

For more info and tickets go to www.foundry616.com.au. 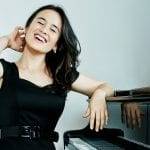 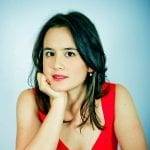 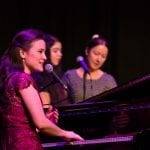