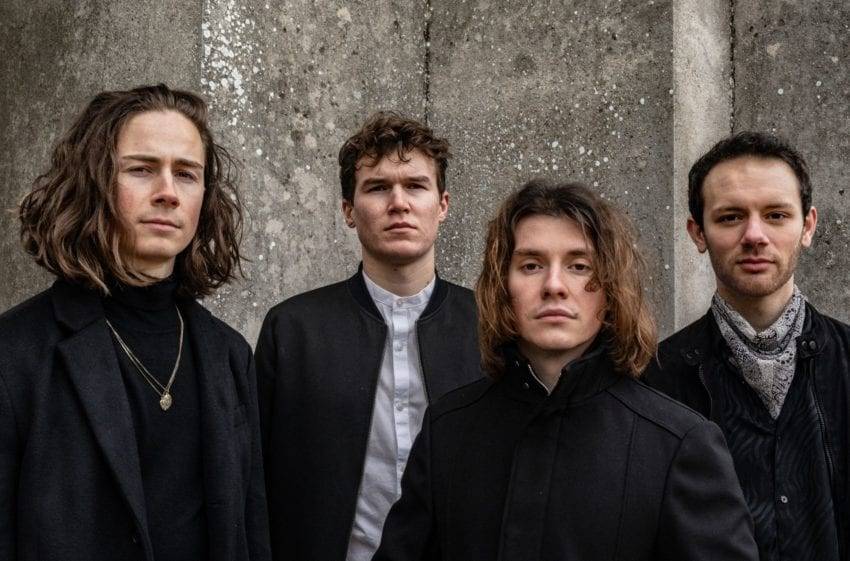 Flashfires are the four-piece band from London, who’s turning heads, and it’s easy to hear why.

Their latest single, ‘Champagne from Mars’ has instant appeal as soon as you hit play.

An easy-going understated production that’s somewhat familiar in melody and sound which makes it the kind of track I found myself wanting to hear again. Not bad for me I say.

Upon my first listen, I couldn’t help but draw a comparison to a mix mash of The Beatles on Broadway performing songs from a Chorus Line. Rather a strange concept I know, but this only left me thinking how clever these boys really are.

As the song approaches the chorus and those guitars begin-a-strumming…oh, those guitars….did you hear me say, those guitars; Sweetly produced without over-riding the vocal, is the clean lead guitar echoed all the way from Mars.

The skilful vocals of Alexander Gonzato breezes throughout the song, no sweat, making me feel like a glass of champagne, and I don’t really care if it came from Mars, because this track makes me feel mighty fine just as it is, right here on earth.

The melody shows creative flair for their song writing, as it simply allows the bubbles to keep flowing nicely. Flashfires seemed to have mastered the art of a delicate balance between self-restraint and a grungy swagger sprinkled with moonshine throughout ‘Champagne from Mars’.

Pour me 9 glasses of Champagne from Mars please. 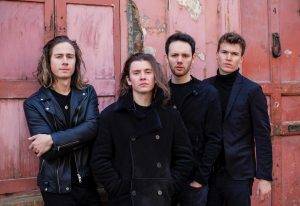 Having already supported the likes of Catfish and the Bottlemen, The Subways and Ash, it’s clear that Flashfires are already making all the right moves.

Able to count the likes of Huw Stephens and Jo Whiley as supporters, the London-based four-piece are turning heads wherever they go.

That however, should come as little surprise to anyone that’s familiar with the band’s razor sharp riffs, funk-fuelled rhythm section and idiosyncratic vocal delivery. With previous single ‘Manshark’ grabbing the attention of the aforementioned Huw Stephens, while establishing Flashfires trademark aesthetic: classic rock aesthetic kicking and screaming in to the contemporary, disregarding any of the pomp with which the genre was once synonymous.

New single ‘Circus Boy’ produced and mixed again at J Street Recorders in Sacramento (California) by Brian Wheat; bassist of US legendary rock band Tesla, sees on such aesthetics. Its crunchy guitars soon joined by a bold bottom end that shows that Flashfires aren’t here to mess about. Verses appear restrained, understated even, lulling listeners in to a false sense of security before its explosive chorus shows just how far Flashfires have come in the short space between releases.

Bold, brash and unafraid to throw their weight about, Flashfires are a band on the brink of blowing up and ‘Circus Boy’ could very easily be the sound of them doing exactly that.

If this single feels like a statement of intent from a band on the cusp of big things, their eponymous EP from which it’s taken feels more like an aphorism, a bold insight into what it means to be a 21st Century rock band. Far from a one trick pony however, Flashfires strikes a delicate balance between self-restraint and unashamed bombast. The likes of the afore mentioned ‘Circus Boy’ or the penultimate ‘Cezanne’ manage to harness the band’s inherent raw power, appealing to fans of both alternative rock while retaining an understated indie edge.

Elsewhere however, the likes of ‘Champagne On Mars’ or final offering ‘Life’s Cruel Line’ provide present a more melodic side to the band, allowing lead singer Alex Gonzato the chance to let his effortless vocals soar all the while showcasing the diversity which lies at the very core of what Flashfires stand for.  (Scruff of the Neck)