New Music From Songstress that Thinks Outside the Square Ebony Buckle 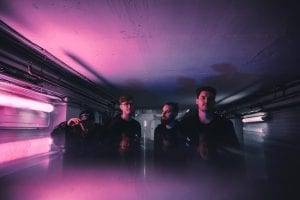 Following the release of their first three singles- Wildflower, Temporary and Glow- the collective went straight for the jugular with the release of their hugely successful debut EP ‘Empires’ back in 2018. Despite releasing the EP independently, dutchkid gathered quite the collection of accolades. With features in Fame Magazine, London Live and sync collaborations with huge brands such as Apple, The Body Shop and Liberty London, the indie-pop collective have set the tone for what is yet to come and continue to surprise fans with their relatable indie-pop melodies. After fierce competition from thirteen different record labels, the collective signed a recording deal earlier this year with Ultra Music.

Speaking on the EP, dutchkid’s Pete Coggan stated: “It explores themes of vulnerability and nostalgic simplicity. It’s the soundtrack of our Youth.”

dutchkid have created an uplifting and addictive sound that continues to grow and attract more loyal followers with every release.