What Is Concert Crowdfunding and Do You Need it? 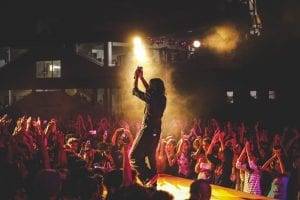 What is concert crowdfunding and do you need it?

Over 90% of artists remain undiscovered. That means they don’t have a large following, barely get any traction on social media, are doing without a manager or a booking agent. How do they book gigs then? Well, most of them hassle for gigs on their own – trying to book performances as opening acts for bigger artists, arrange with bars and smaller venues to perform solo nights on the less busy days of the week, as well as join various festivals, themed events, and other multiple-artist shows.

To hold a concert on your own, you don’t necessarily need to have a manager, a concert promoter or a booking agent. Yes, all of these people can take on a huge chunk of work when it comes to concert promotion and selling tickets, but they also take an average of 15% cut of all profits.

Whether you want to put on more shows because your fans ask you to, you want to earn some money on ticket and merch sales or boost your resume, you can organize them on your own without taking any financial risks of booking a venue or making travel arrangements and not selling enough tickets to cover all production and accompanying costs.

What is concert crowdfunding 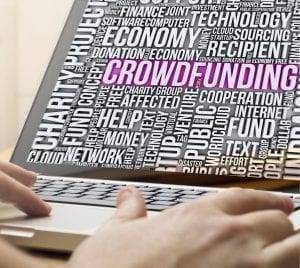 Concert crowdfunding is a simple concept based off the classic crowdfunding model that has become increasingly popular in recent years. As more and more people use the internet to buy and sell products, using crowdfunding websites has become a more approachable way to raise funding for projects, ideas, and, yes, music. Admittedly, most music projects funded via the model are albums and not shows, but a few festivals have tried the crowdfunding model and concerts are also gaining traction.

Concert crowdfunding is essentially your fans, supporters and music lovers pre-ordering a concert from you. That means that you calculate full event budget, plan preliminary location and theme, and start a campaign to see if enough people want to attend and are ready to buy tickets at the price that will cover the event budget.

When it comes to crowdfunding platforms, there are a few ways you can go – a professional concert-specific toolset in Show4me Music Interaction Network or general-purpose crowdfunding sites like Indiegogo and Kickstarter. These services are free to use and successful campaigns are charged service fee upon payout. Kickstarter and Indiegogo deduct fee from the final raised amount, while Show4me with their concert-specific toolset makes the process easier by adding the fee on top of the show budget that you enter in the built-in campaign calculator.

Once you raise the amount of money you need to hold your concert, you can withdraw the money and start producing your show. If your campaign does not raise enough funds, all contributions are refunded to all backers of your show.

Concert crowdfunding is a great model for up-and-coming or independent musicians to explore the market and gauge the demand for their shows. Unlike traditional show ticket sales, pre-selling tickets via concert crowdfunding does not require you to have a booked venue, established concert date or any upfront expenses before you even know if the show you are planning is going to be an in-demand endeavour.

Concert crowdfunding can also be used by agents and concert promoters as a way to add more dates to an underbooked tour – if a band or a musician happen to have an extra day that they can perform on, due to unexpected schedule changes for example, their team can start a crowdfunding campaign to see if they can fill the gap with another show, this time, with all the tickets sold out before the planning even commences.

Do you need to crowdfund your concert?

Well, unless you have a sold-out world tour running into 2021, you should probably consider concert crowdfunding at least as an experiment as it’s sure to add some interest to your fan interaction and give them something to root for and talk about. 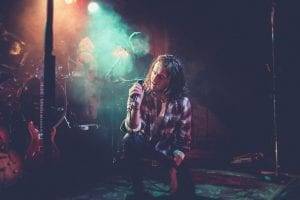 Depending on your fanbase and where you are in your music career, you can start with a small intimate event for 10, 20 or 30 people at your local bar or hangout spot and pre-sell tickets via a crowdfunding campaign to meet your show budget and feel comfortable putting on a show where you don’t depend on ticket sales at the door.

Or you can come up with an out-of-the-box idea for an extravagant event on some fancy rooftop, in the middle of a vineyard, on a yacht or a bridge, and try to pre-sell tickets via crowdfunding. Events like these can be risky in terms of ticket cost (it can run high due to increased production costs) and/or remote location or bizarre theme.

Even if you have a booking agent and a concert promoter working with you, they might not love any creative and ‘out there’ ideas as they can be either a huge success or totally bomb. Even the venue itself can be reluctant to host your event on a busy night as they can’t be sure the show will be packed and staying busy throughout the weekend is crucial for most trendy places to stay relevant. Concert crowdfunding solves all of these problems.

More ways to use concert crowdfunding

Is experimental show funding for you? Well, I can tell you all the pros and cons, as I did above, but it’s for you to know what fits you and your music lifestyle. And, many of us know from experience, trying something out is a much better indicator of whether we enjoy something or not, rather than just thinking about it, so I guess the answer is not whether you should try crowdfunding a concert in 2020, but which one;)

What is Concert Crowdfunding and Do You Need It?