Juan Sánchez Neo Classical Music Impacts You Like No Other 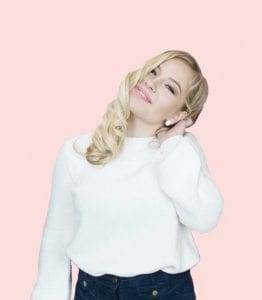 My name is Sofia Boyden.  I am a Country Music singer and songwriter. I am fairly new to Country Music, I have only been listening to this genre for about five years.  I was raised on Classic Rock, Soul, Jazz, and many more amazing types of music. I was always the youngest one at concerts my parents took me to, be it Tom Petty, The Eagles, Heart, Stevie Wonder, or Bobby Caldwell, to name a few. I loved singing songs that none of my friends knew, and sometimes songs even my parents have never heard of.

I have loved using the musical gifts God gave me, ever since I was a little girl. I’d sing anything. Throughout my entire high school career, my love for singing grew even more. I joined two choirs and performed in my school musicals, but I was so afraid that everyone would think I was pursuing a career without any promise. So, I never auditioned for solos or put myself out there to be heard. I was afraid of judgement and being looked at as weird or as a daydreamer. All I knew is that I wanted to be a performer and sing music to thousands of people every night. 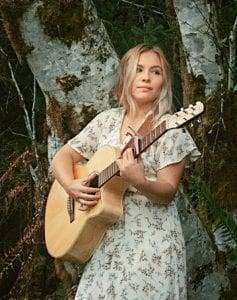 Country Music is my biggest passion now, however, it was not always the genre I wanted to pursue. I knew I wanted to be a singer songwriter, but finding one lane to choose was very difficult for me. Less than a month after I graduated from high school, along with earning my Associate of Arts Degree at the same time, I was in Los Angeles recording songs, shooting a music video, and meeting with record labels. I did this every month for the rest of that year. As amazing as that all sounds, it never felt right to me.

I was singing Pop R&B, but that didn’t feel right. I was doing what most people dream of their whole life.

It was all happening to me in a short period of time, but it didn’t feel right. I felt like the more I would do to pursue this dream, I would stay in the same place. I wasn’t going anywhere. My family and I decided to leave people we had been working with in LA. That was the hardest decision I ever had to make because I had grown so close with them. I knew it was best, they knew it was best, my parents knew it was best for me to pursue a different path.

After three months of praying and waiting, I signed to my now-management team in Nashville. Flashback five years earlier, I had met with my now-manager because he was interested in working with me. I was thirteen at that time and was very serious about doing this. But my mom and dad felt that the time wasn’t quite right. But now I know that it’s a lot more work than just getting on stage a few nights a week and singing.

I am nowhere near where I want to be as a country artist I have hours of work to do everyday and I LOVE IT.

But the thirteen year old Sofia would not have been able to handle it. So thank you mom and dad for the wise choice. Now, I am more than happy where I am, and most importantly, it feels right. I know this is where I’m meant to be. I was blessed to go to Nashville for the first time last year and put lyrics I’ve sat on for years into powerful, beautiful songs. 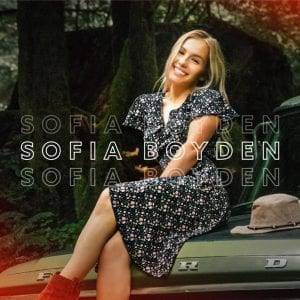 The first song I ever wrote in Nashville was my first single that was ever released, my first single to be added to playlists, and my first single to be played on the radio. In my first song, Blame It on My Heart, I wanted to write a song that really tells what it feels like when you’re head over heels a lot quicker than expected. Sometimes I think there’s an invisible timeline of when certain things are supposed to happen in a relationship, so I wrote this song for the people who go all in. My favorite song I’ve written so far, Prove You Wrong is a song for the people who doubted me and weren’t supportive of my career choice. As I said, in high school, I was shy and quiet and didn’t say a word about my hopes and dreams. So when I finally gained the courage to tell people my passion, not everyone was excited for my future. I wrote this song for myself as an outlet, but also made it for everyone; not just a song for the people trying to make it in the music business. I love big-band sounds: Earth, Wind, and Fire, Billy Joel, Elton John, so I really wanted to add that element to this song specifically, even though it is carried throughout all my songs. As much as I love a lot of instruments, my ballad, You Ain’t Him, is definitely my most meaningful. I drew from experiences that I know most other people have gone through of dealing with a bad relationship and moving on to one that is much better. I have come to the realization in the song that what is in front of me is better than what’s past. Like all my songs, it’s for everyone to relate to because we’ve all been there.

I am so happy and excited to share my music with the world. My self-titled debut EP was released on November 8th. You can find my already released singles Blame It on My Heart and Prove You Wrong on Spotify, iTunes, Apple Music, YouTube, Amazon Music, Google Play, and more. Thank you so much to everyone for supporting me and listening to my special lyrics. This is only the very beginning.

Show some love and leave a comment for Sofia below in our comments section.