Slightly Mysterious, Somewhat Delirious – That highlights the dark days…. These Are Dark Songs, But Very Upbeat.

I’m currently 29 years old. I was born in Valcea, Romania, a small country town in the heart of the country. I moved to Deva, Romania when I was about 3 years old. My parents got divorced when I was young and at around 10 years old, my mother brought me over to the United States in search of a better opportunity. And man, what a ride that’s been. It’s been a tough road for a single mom, but she’s been very supportive and i owe most of this to her.

Been in Tampa ever since.

I didn’t have many friends growing up in middle and high school, honestly. Got picked on a lot because of my thick accent. I made a few friends here and there in the anime club. I picked up my first guitar at the age 16. My cousin had an old crappy Dender Squier from music class and I bummed it off him. Not gonna lie, I sucked pretty bad. I started off covered the cliche blink 182, sum 41, punk rock, then eventually migrated to new found glory and all time low.

It wasn’t until age 18 I started my first pop punk band called Another Tragic Case, we still sucked but we picked up a little traction due to the clever lyrics and catchy chord progressions. Locally we were playing with home time homies Set It Off. Cody and i did a few songs together back in the day(click on the youtube link and see). Even have a circles cover online with him and i playing a local gig. 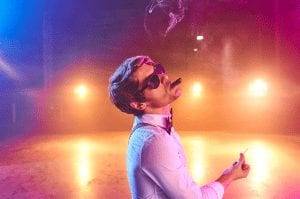 At age 20 is when i got serious and started The August Name. We were more thank pop punk. It was my first rock band band that i played guitar in and i was actually proud of. We recorded our first Self Titled EP with Lee Dyess (Producer of Mayday Parade, Go Radio and I Set My Friends On Fire) and we also played with a few notable bands like Hawthorne Heights and AWOLnation. Did a few cross country tours with them. But the eventual drama caused the band to reconsider it’s style thus creating internal conflict. Eventually the band disbanded in 2013.

At that point in time, i decided to consider going solo. I recorded a few demo songs. Even my first solo music video. ( A Place Between The Ocean and The Stars ) check it out here. I’m sure it’s still up on youtube somewhere. Got a little love on that, although the production and quality wasn’t anywhere near what i’m currently writing now. Not gonna lie, after that i took some time in my life to configure my internal struggles. For about 4-5 years I was dealing with severe alcohol and depression issues. I needed a wake up call, which I got. Which I am eternally grateful for love and support of friends and family because without them i wouldn’t be here.

Fast forward to 2018, i started to get back to writing. The first song I wrote was in September of 2018. Which was “Feelin’ Dangerous.” The track is basically post breakup anthem after a 4 year relationship I endured with an ex who i thought was a good enough fit to consider marrying. Unfortunately, we all know life cant be just fairy tale endings. People change. Things happen. It’s an ode to the once love lost. But with a tone that asks the former “Are you sure you even wanted this from the start“? Which you can tell from the Chorus. It’s a track that describes the start and finish of a relationship, from the passion and lust filled first kiss, take me on your bed to the end of a chapter in ones life.

To be quite honest. This wasn’t my favorite track. I like it. It’s good. But i have some very interesting songs coming out soon. Currently over 20 written. Working on an EP now called Slightly Mysterious, Somewhat Delirious – That highlights the dark days of my past from alcoholism, depression and getting bullied. Don’t get me wrong, these are dark songs, but very upbeat. I’ll just say that Brendon Urie would be proud. 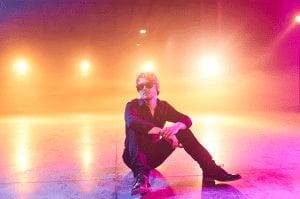 Show some love and leave a comment for Dacian Miron below in our comments section.