We Wrote Basically Anywhere and anytime

We are “Leaving Lennox”, an Australian duo, who have recently moved across the world, to Nashville Tennessee. We met back in 2014, int college where we were both studying a bachelor of music performance. We instantly clicked, musically and as people.

Fast Forward to 2019 and we are in Nashville Tennessee, gearing up to release our latest single “Old Love”, in July of this year. This year has brought a lot of change and personal growth, as well as exciting news, that has come with relocating here in the USA.

Recently, we have gone through a rebrand, changing our name to “Leaving Lennox”, which for us, was fitting, due to our journey as a couple and the on- going significance of “Lennox”, being a place we first lived together. We also felt keeping “LL”, was important to the cohesiveness of our brand. 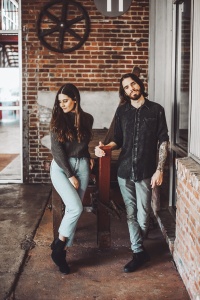 We have been writing a lot and are excited to keep releasing more music consistently after this first single of 2019. We write all our own music, together mostly, although we always say, there is absolutely no formula for a good song. Some of our strongest songs have been co written, while others have been written separately. We never plan to start with either lyrics or music and sometimes, nothing flows, so we try again the next day!

Shortly after we formed, in mid 2015, we decided to release our debut album “Wayward Minds”. While we had already written a few songs together, the inspiration behind the album came from being added to the line up to several summer folk festivals in Australia, including the mid-north coast ‘Wildwood Festival’, where we debuted the record. The entirety of “Wayward minds”, was written together, throughout a few weeks, in our first apartment, in Newtown, NSW. We wrote basically everywhere and anytime! The apartment was isolated so we could stay up late writing. We wrote one song in the bathroom, because the acoustics were so great. Wherever and whenever we had inspiration- we wrote it down!

A few months later, we headlined a sold-out ticketed show at Port Macquarie’s “Purple Sanctuary”. Mick and I always say that this was a pinnacle in our career so far, as this was the first time we had experienced a full room of people singing our lyrics back to us.

To support the release of new music, we are excited to announce that we have booked a string of music festivals and songwriting festivals throughout Tennessee, Georgia, Alabama, Florida and Kentucky.

We will play our first headlining festival on October 5th, at Princeton Kentucky’s “Annual Artisan Festival”. We are also playing Georgia’s “Big Red Apple Festival” and being selected for the 10 day “Frank Brown International Songwriting Festival”, alongside 200 established songwriters on the Gulf Coast of Alabama and Florida. 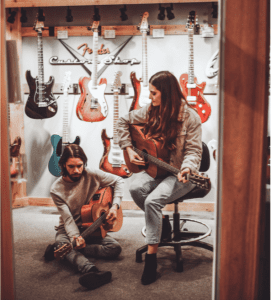 The inspiration for this song actually came from observing friends and family and how they moved on, or didn’t move on, from what they believed was their first love. The song is written from both perspectives of a past relationship and references “the one that got away”. There are tones of regret, peace, solitude or longing, depending on how the listener interprets the lyrics. We wrote the song in hopes it would be relatable to many, as we believe, everyone has a “first love”, whether you end up with them or not.

The female perspective speaks like a true romantic- of her longing for “old love” as a young girl, while the male perspective reminisces on a past-relationship with a sense of regret and is too late to realize that he walked away from his “first love”. Both sides come together for the chorus, where the lyric speaks of reminiscing on all the great times- even though they have ultimately both moved on.

The single, which is being released on July 19th, just recently won the “best pop song”, in the “World Songwriting Awards”. We will be attending the awards show in Gatlinburg Tennessee this September, where we have been nominated for four awards in the 2019 Josie Music Awards. This is the largest award show in the world for independent musicians, with over 23 000 submissions in 2019. The awards include Best Pop/contemporary duo, Best Folk/Americana/ Bluegrass duo, Folk single of the year and a solo submission for Mick as “Musician of the Year”.

The single will be available for purchase and streaming on the 19th of July. and Keep up to date with Leaving Lennox and their tour dates on Facebook and Instagram. 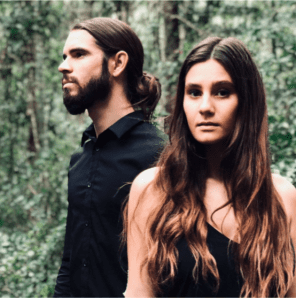 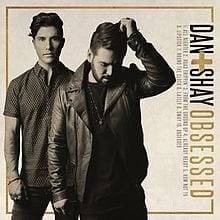 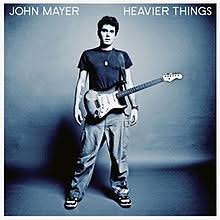 Show some love and leave a comment for Leaving Lennox below in our comments section.