Anieszka; Don’t Let Anybody Take Away Your Right To Express  Yourself

For a long time, I was scared to write about what I really wanted to say.

We learn that in the industry, the people that make it are people that follow ‘invisible’ rules in order to succeed. I was faced with the contradicting challenge of creating an ‘original sound’ that was still mainstream. What does it really mean to be an artist then? I questioned myself a lot, and found myself realising that even if this journey takes a little longer than I’d hoped for, I was ready to take it as long as I was able to truly create.

‘Grow’ was the first step in that direction. I was so pulled down by what I felt I had to be in order to succeed. I’m human, insecurities and doubts flare up at times, even if for the most part I’m pretty put together and happy within myself. I was so conflicted about having to be more of this and more of that to get further in the industry, until it clicked one day that I am exactly who I am, and that’s enough. I started thinking about all the people in my life who are talented and have so much to give to the world, but haven’t followed a path towards making it a reality. That’s when I wrote Grow, and soon after decided it was going to be the first release off of my EP ‘Elixir’. I was terrified. I was about to release a song that was filled with a whole lot of truth, as an independent artist with no management, PR or label backing me up.  It was a huge risk, and I wasn’t sure if it was the right move in terms of success, but it felt like the right move as an artist.

‘Grow’ had an incredible response, featuring on the Future Classic Office Radio Spotify playlist and the Australian Music Scene Spotify playlist, and gaining airplay on a radio station. Was I surprised? To an extent yes, but most of me was filled with gratitude. I was so grateful I took a risk and spoke my truth, which essentially ended up being everyone else’s too.

‘Elixir’ was filled with five songs, each of them very different to the other. The varying sounds/genres were a rule breaker. Usually an EP has an overall sound, and most of the songs relate to each other in some way. Mine? Nope. Again, I took a risk. I had a lot to say, and I crafted each song to express myself in my truest form. It became evident during the writing process that I had different sounds to express, and I wasn’t comfortable in hiding that in order to fit the ‘norm’. Deep down I knew the right people would connect with this EP, but the originality of it still played on my mind.

Once the EP was released, I did my best to push it but now that I look back on it I don’t think I did enough. Why? I was still scared. Hard to confess but I felt like I had released a body of work that I was very proud of, but that did not reach its full potential because it didn’t fit the standard. I did stand up for it, but perhaps not as much as I should have. 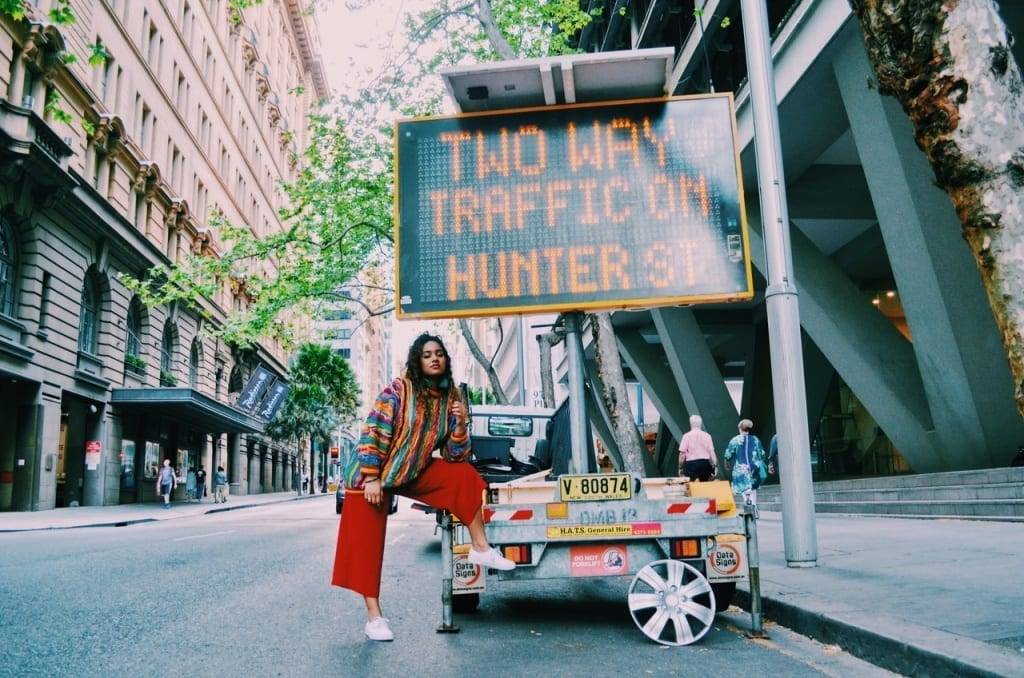 Fast forward a few months and I’ve dropped a brand new single called ‘When Will This Begin’ with UK producer Dat Gruvee. The story behind the song is special. The producer and I met on Instagram, we connected and we started talking about music, life, the stars, déjà vu; deep things. I was flying to London a few weeks later so once I was there, we met up and our connection deepened in person. As expected, feelings developed and it felt mutual, but I soon found out he had a girlfriend. I had to push my feelings aside as we sat in the studio together to create a song, and mind you, I was feeling a LOT. “What do you want to write about?” he asked. I knew I had two options: write about something random or write about exactly what I was feeling in that moment. I told him to give me ten minutes, and I ended up writing the song. The lyrics were raw and intimate. I hadn’t really expressed myself in this way, and I felt exposed. I kept thinking to myself, if this becomes the next single release, how would listeners react? I’m an artist that speaks about deep things; will these lyrics be accepted?

He loved it. I loved it too. He finished producing it after I got back from London, and it turned into this eclectic Afrohouse/R&B track that I’ve played on repeat myself. But again, I was scared. An Afrohouse track from an alt-r&b/soul artist – how will this go down?

These little doubts – they’re not worth it.  I really believe in this song, and I believe in my ability to express and create. I feel grateful to be an instrument music flows through, and that I am able to connect with people through my voice and songwriting. The feedback on ‘When Will This Begin’ is that it makes people feel like anything’s possible. If Dat Gruvee and I are able to make people feel that way, we’ve already reached success.

And you know what? I’m not scared anymore. These fears aren’t real, but the art is.  And it’s here to speak for itself. Don’t let anybody take away your right to express yourself, there are no rules in expression and there are no rules in art. Put in the work and believe in your talent. Chances are, the moment you let yourself create whatever you feel, that’s when things will start to flow.

Latest Single ‘When Will This Begin’

Show some love and leave a comment for Anieszka below in our comments section.