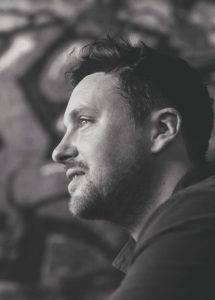 Samuel Jack is a unique and emotive storyteller whose rugged soulful vocals command the room. Raised on Blues, Motown, soul and roots music, the London born singer spent his formative years in Johannesburg with his Father, a film director. The rich fabric of his childhood informs and oozes into the music he creates today which has been resonating with audiences across the globe.

His newest track ‘In My Head’ is a song inspired by Jack’s own experiences with mental health, a topic very close to his heart. The honest, open and very candid single exudes passionate vocals and compelling melodies. Considering himself somewhat of a ‘mental health survivor’ Jack has learnt how to successfully live with it, emerging stronger than ever before and even learning things about himself that he never realised.

Jack confides, “For me, I struggled with depression and anxiety – and in my eyes, despite having a history of mental health issues in my family – I’m certain my issues were born through situation and subsequently has come to affect every aspect of my life. Romantic relationships, professional ones; it really took hold of me”.

The acclaimed singer spent years juggling two extremely high pressure and demanding careers. His work in hospitality, where he was immersed in high stress environments at Rosette and Michelin star kitchens was challenging alone; however, combining it with the exhausting lifestyle of a musician, self-funding records, self-promoting and touring across the nation, ultimately took its toll. Days and nights of this rigorous routine took him to boiling point, where he found himself thinking the only way to escape was to hurt himself.

The musician is speaking out now, publicly for the first time to shine a light on the importance of recognising and helping others with mental health issues, as it can happen to anyone at anytime.

“Fuck the stigma. We’re not all crazy, we just struggle inside sometimes”, expresses Jack.

‘In My Head’ is the musician’s way of venting about his frustrations and hopes that it may be of comfort for others, reminding them that they are not alone and we are all in this together.

Samuel Jack’s career has found him performing at some of the world’s biggest festivals, landing multiple TV placements on shows such as Shameless and Nashville, as well as garnering acclaim from the likes of Clash, Music Week, Live Nation’s Ones To Watch and the BBC. He continues the next chapter of his fascinating journey with ‘In My Head’ currently available worldwide.

LINKS TO THE SAMUEL JACK