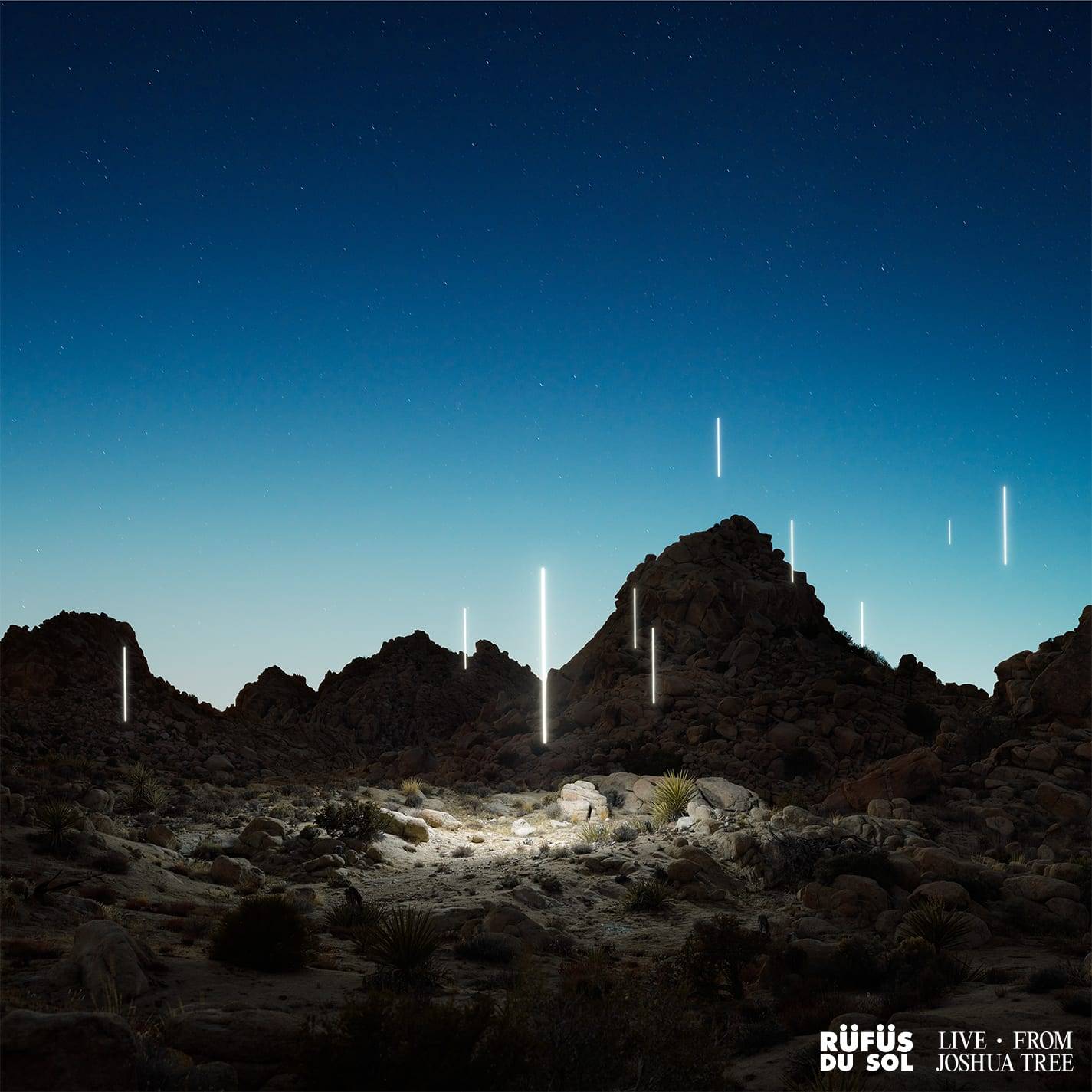 The film opens as the sun sets over stunning rock formations, cascading into darkness with the trio surrounded by a sea of radiant light poles and endless vastness. Performing their acclaimed hits Solace, Underwater, and Innerbloom, the live project also features new track Valley of the Yuccas. With the film directed by Jon George’s brother Alex George, Live from Joshua Tree unearths a meaningful and personal body of work created for their dedicated fans around the globe.

“We just wanted to make something we could be proud of, something that you can watch alone on your couch in the afternoon, or with a group of friends before you go out, something that also wouldn’t be out of place on the TV at an afters where groups of friends and strangers are sharing stories from their night out,” explains the band’s drummer, James Hunt. “Ideally it’s something that helps create a sense of shared experience and friendship in that way.”

On Wednesday night, the Grammy-nominated trio held two exclusive, sold out Australian premiere screenings of the film at Ritz Cinemas Randwick in Sydney and IMAX in Melbourne, raising $18,000 to go directly to The Red Cross for Australian bushfire aid.

Thrilled to be utilising their music for good, keys player Jon George says, “We are so humbled that showing our film, alongside our heroes The Chemical Brothers, provided us with an opportunity to help the bushfire recovery effort in this way.  Thank you to all the people who came out in support of this, a lot of people worked behind the scenes to make this happen, it feels really special to have had everyone come together for such an important cause.”

Amidst the release of their debut film and live album, RÜFÜS DU SOL set out on another world tour across the Americas and Europe, with a brand new production. Following over a year of sold-out shows to half a million fans, the band will take to renowned venues and leading festival stages including Germania Insurance Amphitheater in Austin, two nights at Red Rocks in August, and slots on Okeechobee, M3F, CRSSD, Corona Capital, Governors Ball, Melt Festival, Lollapalooza Paris, and more.