It’s all about Treatin’ Me Right with Evert Outen 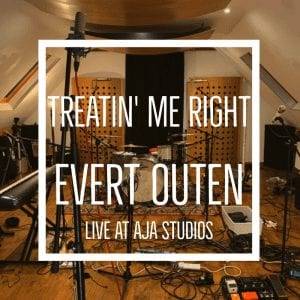 Drawing inspiration from personal experiences with relationship break-ups, Treatin’ Me Right comes as a glimpse into the life of Evert Outen. The track draws inspiration from a list of reasons behind a break-up, pouring out an authentic and relatable central message.

Influenced by sounds across a vast genre spectrum, including the likes of Ray Charles, The Doors and Rag n Bone Man, Evert Outen cannot be confined to any strict conventions. They manage to perfectly combine jazz vocal with powerful instrumentals and rock beats to deliver a unique new entry.

Evert Outen hails from Australia but has grown up in the outskirts of London. Since 2017 he and his band have brought his music to the gig scene in the city, growing with every show. Band members, Evert Outen (keys and vocals), Chris Booth (guitar) and Jack Summerfield (drums) originally met at college where they joined forces to create a blend of blues, rock and soul.

Latest addition to the band, Harvey Small went from fan to member after watching their shows and asking to play bass. Since then, the four have taken on venues across South East England.

Catch the band on their upcoming shows:

Evert Outen will drop their latest single Treatin’ Me Right on later today 20th July 2019 to all major digital platforms.