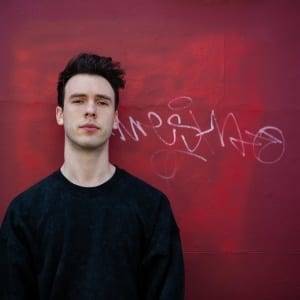 Gorran is a London based vocalist and songwriter whose music fuses elements of dance, pop, R&B and hip-hop. Bursting with intricate, polished production, the young musician produces contemporary pop with dark undertones, which has been resonating with audiences across the globe.

Gorran’s passion and flair for music was evident from a young age, where during his time at the prestigious BRIT School (alumni including Adele, Amy Winehouse, and Rex Orange County), he developed his distinctive sound and dynamic live show. Since graduating, Gorran has been writing and recording with industry professionals to produce original, bold and gritty pop tracks. Influenced by the likes of Post Malone, Lauv and Billie Eilish, Gorran strives to create music that oozes with real and authentic emotions. He shares, “Whether it’s sadness, joy, anger, nostalgia, fear – I just want them to feel something. I think that is what makes a great song and so that is what I will always aim to achieve”.

Following the release of ‘Easy For You’ and ‘Hush’ which both garnered commercial acclaim, accumulating over 100 thousand Spotify streams in only a few short weeks, Gorran is now unveiling the highly anticipated ‘I Don’t Love You Anymore’. The powerful, emotive ballad, supported by effortlessly classy melodies and rich compelling vocals, delivers an emotional and heartfelt anthem. Though truly poignant and agonising at its core, the song also evokes a deep sense of subconscious relief. With such a profoundly personal yet universal message, the track will resonate with everyone who has experienced the pain of heartache.

The self-produced track, which was mixed by Gavin Goldberg (Chrissie Hynde, Britney Spears, Avril Lavigne) reminisces the story of a love lost. Gorran admits how the song helped him heal, acting as a form of therapy.

“I was finding it incredibly difficult to express exactly what I was trying to say lyrically in those last few weeks of being with her – it was only once we ended the relationship that I found I was able to completely let go and properly finish the song. It really helped me come to terms with how I was feeling, and how I had been feeling for quite a while. It became clear that the verses were a poetic summary of the fundamental weaknesses in the relationship. The middle 8 was the last section I wrote, and were some of the most painful lyrics I’ve ever had to write, as I realised whilst writing it that it was one final parting note to the person I thought I loved. The song honestly means more to me than almost anything”.

Then there is ‘Roses’. Thematically the stunning single narrates the suppression of dreams and aspirations, particularly in young girls. Inspired by the likes of Greta Thunberg, the song is a message to the suppressors that we need to be listening to these young people, as they are the ones who are shaping our future. Gorran confides,

“Young women such as Thunberg are paving the way for a whole generation of people to make positive changes in our society and so it’s time we listen to them and take them seriously. I think having a little sister myself, who at the time of the writing of the song was only 12 years old, made the subject matter even more poignant for me”.

Gorran has seen success opening for KT Tunstall on her UK tour, performing to sold-out audiences across the nation, as well as having graced the stage at the legendary London Roundhouse. With the hope that his music will encourage listeners to be honest with themselves about what makes them happy and to put their mental health first, Gorran continues to produce thought-provoking and powerful music.