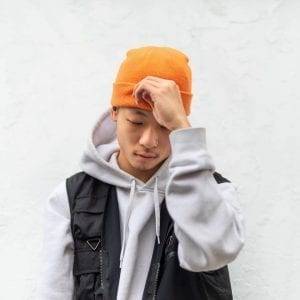 Shenzhen-born, Melbourne-raised up and coming hip-hop artist Carter is set to ride the tide with his latest single ‘Waves’ featuring CHINA, out now via Day Ones Records.

The single, which showcases an impressive collaboration between Carter and Brisbane born, now LA-based CHINA, tells the story of a somewhat unstable romance the two personas are facing.

While lyrically reflecting upon the good and bad times of past relationships, the song leaves the question of whether staying in love will be worth it in the end.

When asked about the message behind the single, Carter explains

“‘Ride the wave’ to me is a state of bliss, when I’m just going with the flow of life and letting things happen rather than forcing them to. In any relationship, there will be ups and downs, but they’ll eventually carry you to where you need to be, together or alone.”

As a Melbourne resident, the city has played a crucial role in shaping Carter’s artistry from performing at local shows to joining the prominent Kill.Collective who are steadily building a huge fan base in the city and interstate. Through showcasing his versatility as a writer and performer, releasing fusions of hip-hop, R&B & trap, Carter hopes to reach a broader international audience, bringing more attention to the blossoming Melbourne music scene.

With an impressive discography massing over 100,000 streams on Spotify alone in his ‘rookie’ year,
Carter gears up for his highly anticipated EP which is set to release in the early months of 2020 as well
as performing alongside Kill Collective, and other talents from the city. Be sure to follow Carter’s socials via the links below for further updates.