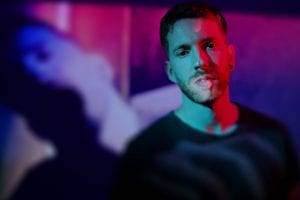 Having shared the stage with James Arthur, 5 Seconds of Summer and received support from BBC Radio1, 6 Music and Radio X, pop-rock singer-songwriter-producer Mike Dignam returns with new self-produced single ‘UGLY’ January 31st. Taking his cues from the likes of The Weeknd and John Mayer, Mike’s sound is ever evolving and continues to attract more loyal followers with every release.

Hailing from the Manchester, Mike spent the past 8 years writing, recording and touring

alongside the likes of Gabrielle Aplin, JP Cooper and Scouting for Girls. Off the back of a hugely loyal online following Mike has independently charted No.2 in the I-tunes singer-songwriter charts and sold out UK tours of his own.

Over the years Mike has gathered quite the collection of accolades. The first single taken from his new project quickly caught the attention of 1883 Mag, LA on LOCK, The Most Radicalist, HWING and Wolf in a Suit to name a few. Mike has also had support from Radio 1 Huw Stephens, Radio 6, Radio X Dave Rowntree show, various plays on BBC Merseyside and BBC Lancs introducing.

UGLY will be available on all streaming platforms today, January 31st. With a new EP in the pipeline, Mike is definitely one to keep an eye on.