What Gear Is Needed To Get Audio Into Your Computer

In the last article you learned all about the DAW, the Digital Audio Workstation. This is the program that receives the audio that you record or midi signal (let’s get to MIDI later). In this article we will look at what gear is needed to get audio into your computer. To record into your computer you are going to need a microphone. Make sure you get some good quality XLR cables. You will need some kind of interface or system that talks to your computer. This interface will have a preamplifier built into it. If you’re really keen then you’ll get a compressor and an EQ, too. Let’s expand on these devices in order from the microphone to when the signal actually reaches the computer. Read on to learn about what we call the ‘channel strip’.

When people think of a recording studio the microphone is one of the first items that spring to mind. There are a lot of different microphones out there and it can get really confusing. They all sound different and they all have different roles to play in capturing sound. If you are starting your own home studio then we highly recommend you consider a microphone called a condenser microphone.

These are slightly more expensive that the microphones you would see on a stage but they are perfect for a home recording studio. These microphones are very sensitive and record audio with a lot of clarity. They’re not necessarily appropriate for live performances with bands because they pick up too much. When you are recording into your DAW you will be layering sounds. The more clear and clean the sound is captured the more clear your song will sound when the layers begin to build up. Once you have your microphone you’ll need a lead to get from the microphone to the next piece of kit: the preamplifier. Read on to learn about why you need a preamplifier.

The signal that your microphone puts out is going to be very small and weak. This is normal. The preamplifier will boost your audio signal. This is so it’s loud enough for us humans to hear the sound. Some people would argue that the preamplifier has more impact on the quality of the sound than the microphone. This may be true. It’s worth getting a good preamplifier so that your signal is boosted well and sounds really good. Some famous preamplifiers are Neve’s, SSL’s and API’s. These are extremely high-end professional preamplifiers.

In most cases a preamplifier will be built into a box that performs multiple functions before sending your signal to the computer. Regardless, it’s good to know about preamplifiers and why they are important. Let’s continue our investigation of the ‘channel strip’. Our next component will be the audio compressor.

Audio compressors are more complicated piece equipment. The Reality is that novice home studio owners may never need to use a hardware compressor. Nevertheless, let’s look at why they are important. A compressor will control the dynamic of your audio signal. This means it will reduce the jump in volume between your whisper and scream. Without the compressor the whisper would be unheard and the scream would hit the ceiling and cause distortion on your beautiful audio signal. In order to keep the audio controlled enough so that you can hear a whisper and not distort a scream we use an audio compressor.

In many instances home studio owners can just make sure they control their own sound and not bother with a hardware compressor in the chain. If this is the choice that you might make then you will have the option to use a digital compressor that exists in your DAW (Logic, Pro Tools, Ableton, etc). This is a very common practice. Almost all serious recording studios will use hardware compressors to capture the sound on it’s way into a computer. At least just enough so that the artist doesn’t need to worry about causing any problems with their dynamic performance. At Crash Symphony Productions we build our own audio compressors that we use in our studio. They make a big difference to the quality of our recordings. Let’s look at another item in the recording chain: the EQ or equalizer.

The EQ is another item that may not be considered necessary in the recording chain or ‘channel strip’ (both names for the same thing). However, it gives a lot of control over the audio signal on the way into the computer. An EQ will allow you to boost or cut frequencies that make up your audio signal. A sound is made up of an array of different frequencies. Some have many low frequencies and not many high frequencies. Others might be the opposite. An EQ will allow you to target specific frequencies and control them as you see fit. Just like a compressor, you may find that you don’t really need or want an EQ in your signal chain or ‘channel strip’. If this is the case, like your compressor, your can use the digital EQ that exists in your audio recording program. Let’s look at the final stage in your audio signal. The Audio-to-Digital Converter.

The Audio-to-Digital Converter or ADC

The Audio convertor is an important part in the channel strip. It takes the electrical signal and encodes it into ones and zeros so the computer can read it. All the above items will be dealing with an electrical signal. Today, most audio projects are digital and so our audio must be converted and fed into the computer. How well the converter does this has an impact on how we hear the audio once it is in the computer. Good conversion makes a big difference to our recordings. You can pay a mint for good audio conversion. Most home recording situations won’t require this level of audio conversion. In fact, the items listed above can be purchased in one box called an interface (this doesn’t include the microphone).

A good interface will allow you to plug your microphone into it and then take a lead and plug it in into the computer. The pre-amplification and conversion will be managed in this one box, the interface. Depending on how expensive the box is will determine what features are included. For example, cheaper boxes will have only the preamp and conversion. More expensive boxes will have an EQ and a compressor addeds. Different combinations exist and it all depends on how keen you are. Be aware, professional recording studios will use single items that will uniquely perform each task. As a result, the quality of the signal dramatically increases. But it gets extremely expensive. Our suggestion is get a good two-channel interface and start simple.

In the next article we are going to investigate some techniques to help you get the best microphone signal at home. 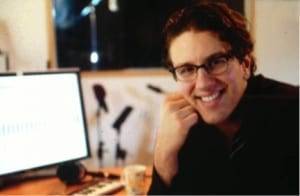 For more information about our Recording Studio in Sydney contact info@crashsymphony.com.au or call us on 02 9953 7686.

For more information about our Sydney Recording Studio contact info@crashsymphony.com.au or call 02 9953 7686.