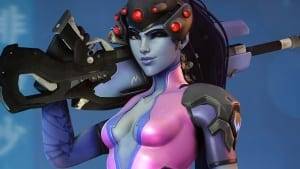 Video game voices are about a lot more than just talking crap, although that is a fun part of the whole thing. He/She would make a great video game character, because he/she is the kind of person that goes great with video game voices.

Video game voices add a touch of reality to the game. We’re not as in tune with the smells around us as we are to sounds and sights, which is why no one has yet invented a viable way to add smell to the experience, though it’s probably coming. You don’t want people to think that about your characters, so give them video game voices.

Video games have evolved a lot since the first one climbed out of the primordial goo in 1958. These days, however, players demand realism, and you can’t have realism without video game voices, no matter what anyone tells you.
When a character is hit, you can’t expect him to just take it silently. It makes you think that something’s at stake. That’s where video game voices come in.
If you use the right video game voices, they will add a lot of personality to your characters. The right video game voices will work a lot like commercial jingles in your players’ minds. This will give them a truly memorable experience and call them back to the game again and again.

Video games sounds, effects and music are closely related to the sounds and effects in which film, movies and TV couldn’t possibly survive with them, in giving the overall sensory buy in.

Of course we have our favourites 😀  being the daughter of yours truly, and although my daughter is only 16, I’m certainly not going to deter her from her wanting to pursue a career in acting or certainly voice acting, as the video games have evolved into a thriving stand alone industry.

So much of the growth in gaming and online gaming has recognised and placed society’s ‘nerds’ and ‘geeks’ as the very ‘cool’ and now ‘accepted’  part of society where it now has massive gaming conventions, nerd conventions, expo’s and gaming stores.

Video games are also another great avenue for musicians, singers and songwriters to look into as a means of serious support, as the video game business is certainly one which compensates very well!