How Do Indie Music Blogs and Radio Survive? A Harsh Reality 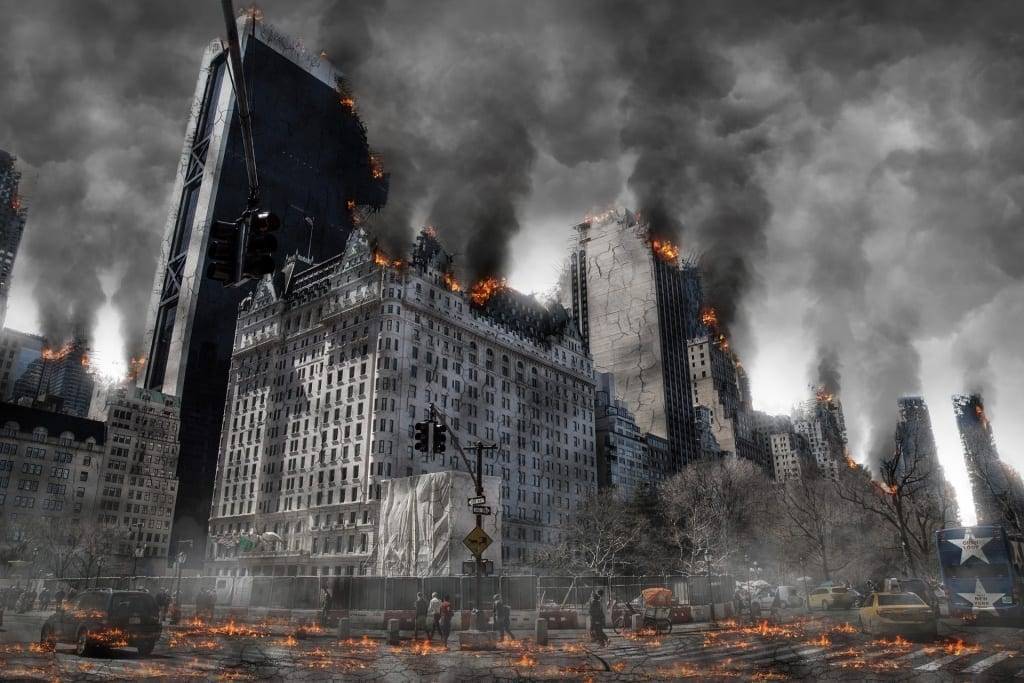 Over the past few years I’ve watched many indie music blogs and independent radio come and go like the wind.

We often hear about supporting the artists, which is exactly what these independent platforms do. The people behind the indie platforms sacrifice their health, families, lifestyle and quite often go into debt struggling to pay for the necessary costs associated with running such platforms.

MusicTalks recently ran a poll on twitter which asked the question;

‘What would you do if all the independently run blogs and radio disappeared? Who would you get to place your new releases, interviews etc. up?’

The response was an astounding 71% saying they would use social media and ads with 76% of those saying that they were willing to pay for ads.

This leaves me thinking; do artists really know how to create funnels, put in the amount of money it requires to gain attention?

It requires one person 17 times to see a product/artist/music (whatever it may be) before they actually click on an ad. Artists and businesses not only need to create trust with an audience, build their profiles and brands, but to constantly create engaging content that people can relate to. And even then, more often than not, this requires more time and cash.

Why do artists need to create more content? There’s a term in marketing called, ‘Banner Blindness’, sure it still exists, but now it’s ‘Video Blindness’. You need to cut through the noise and this has been mentioned in so many posts, articles and free eBooks which has been written as well as suggested on how to do this.

So, are artists willing to give their hard-earned cash to the big corporations that suck the life out of you unless you really know what you are doing?

Marketing agency’s charge businesses an enormous amount of money just to get their product seen. In a phone call to a marketing agency, they had quoted $10K to set up and run Facebook ads.

I thought this was an exorbitant amount, but since doing this for quite a while, I can see how this can add up to the $10K mark.

Sure, there are many people selling their idea’s, hacks and tools all over the net, but you first need to spend that money to get those tools, and even then, you realise you need to do more. More often than not, these lead to upgrades and click baits which you find yourself passing over more money, let alone the time and effort to learn how to do it properly. (these tools and idea’s I’ve given free with Music Talks eBooks)

Trust me, I know, I’ve paid for so many that ultimately at the end of the day, it all comes back to money and the amount of money that needs to be invested to make an impact can be substantial.

That being said, sure, there are hacks; but you have to keep hacking just like the indie blogs do for years every single day. Not to mention the amount of money just to place funnels and ads on social media platforms.

Over the past few years Music Talks has spent over $5K in ads and in total over $35K and counting just on Music Talks alone.

This is where so many miss the point.

The indie blogs and radio that haven’t bottomed out within 2 years have spent most of their lives pushing their platforms to gain the audience, audiences which are targeted to steer people to their platforms for the indie artists to be seen and heard.

These indie blogs are exactly that, indie, meaning independent. That means that they are not supported financially by anyone. Some blogs have ads from google, (which don’t help at all & are becoming extinct), some blogs ask for donations or crowdfunded when times get tough, some try to sell things to help keep their blogs running and some make the tough decision to close down altogether. (BTW, we do have The Store that appeals to everyone outside of the music scene as well, which was created to help fund Music Talks)

Running a blog or music website is so much more than what people often think, and it’s until people set up and start running one, they then realise what a mammoth task it really is. (just like anything is until you begin an endeavour)

After 30+ years as a singer, I can honestly say that it’s far easier writing and singing than it is running a blog.

e.g.: The hours for the past 3.5 years, the full run down of costs, sacrifices made with family, unpaid bills, no oven, no lights working rooms, major plumbing issues and sacrificing health needs and food are just a small example of cutting back and lifestyle choices made to enable supporting independent artists, including borrowing money from kids bank accounts etc.

This is just a picture of what it takes to make something work. This is an honest straight down the line black and white picture.

The typical response from the majority is ‘I can’t afford it’.

As in any business or anyone with a passion, those people who are serious will never say they can’t afford it when it comes to their business. They will always try to find a way.

If you’re an artist, and really do want to succeed, you need to do what’s right, not what is easy.

As in any business, you need to look at your lifestyle choices and cut back to put into what you believe is your true passion, wants and needs.

Instead of a holiday that costs money, go camping, eliminate going out to dinner, (a luxury for my family), instead of buying alcohol each week, cut back etc. you get the point.

Going out on long trips across town in the car is thought about carefully and only made unless It’s a necessary trip not to waste petrol.

The picture and perceived success of others making it look so easy, is quite often that; a perception. What looks easy on the outside, is often around the clock work behind the scenes.

Independents are similar to small business and need support to help them to continue to support the artists. They have already done and continue to do all the hard work it would take an artist to do working 24/7 sacrificing everything in the meantime. The indie scene, fans and artists collectively are much larger than the majors, so why aren’t we working on improving this?

Let’s also keep in mind, the longer a blog or station is around, the more support they receive, the larger it grows and builds its audience, the more the indie artists are seen.

If they kept running and can do so for more than 5 years, the chances of the independent music scene of breaking through to the people who are not aware of indie music is so much greater.

It’s until then, that if the indie music community (including Public Relations) unites and realises that if we all work together as a team, there is enormous potential for independent music to be in a position where each and every indie artist will be recognised and heard by more than the fans. 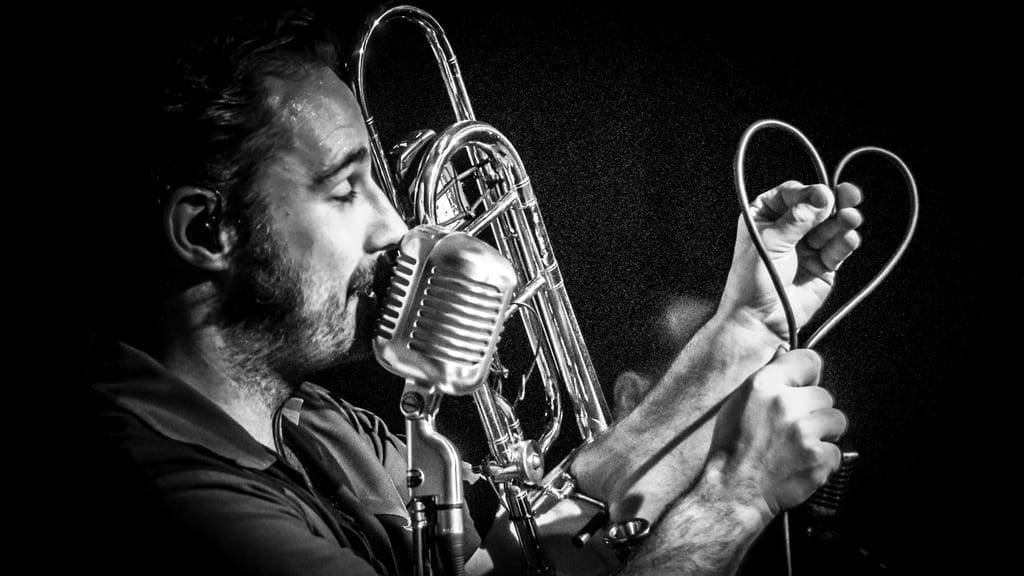 Music Talks recently introduced paid packages for feature artists due to this very reason of only covering the expenses, non-profit.

There were two reasons this was done. The obvious one mentioned, but also because I saw so many artists pay PR and marketing companies to get their music out there, with PR companies making huge profits from passing them on to the blogs and radio that actually promote them.

This left me thinking how much effect does the PR in itself actually have?

This is because Music Talks pushes out to more than social media, trying to respond to everyone on email and replies back personally, the use of other platforms to help get the word out about indie artists, including the stories being submitted to over 800+ other arts & culture blogs and so much more.

Music Talks also have PR packages now available for artists with the top package still being much cheaper than many PR agencies which includes contacting radio and other blogs with press releases that are absolutely guaranteed to get the artists story or press release to over400 other sites, (which provides the list of the sites with direct links to their articles for each site) as well as content creation and so much more with the cost of these packages only covering the costs of the applications needed to enable Music Talks to offer high quality content and submission fees for press distribution and not time.

When artists spend a massive amount of money on PR, what is that money buying them?

Sure, it is very difficult to keep track of every radio station who decides to play your track, and not too many will tag you either, so you are not to know.

My point here is that PR companies are charging artists an enormous amount for basic things, which of course includes their time, and yes, we all need to live; but who supports the blogs and radio who are putting in so much of their own time and finances to publish  what the PR agencies are sending the blogs and radio?

Of course, I’d be totally stupid not to mention we have a donation button located all aroundMusic Talks. But do you assume people are donating?

In three years, only ONE person has actually used the donate button on Music Talks, yet there are over 20K visits a month…?? Is there any value in Music Talks and other indie blogs? Do artists and fans find value and  enjoy reading and hearing about new indie artists and their music?

I guess this question was answered with a resounding NO, with the latest poll conducted on Twitter giving a clear picture of the naivety and truth about how artists think about the importance of such platforms not realising who and what’s being mentioned via countless people watching for the next big thing.

A classic example of “who else watches” indie blogs was when I was asked by the casting producer of an American TV talent show aired on the Fox network to find and send him artists who I think may be suitable for the show, among many others, who I know is watching who is next on Music Talks.

It will be a huge blow for the small percentage of artists who do support and really appreciate what the indie blogs and radio do.

With hundreds of emails every single day, promoting artists, and costing at least over $500 a month from a pension (yes, I did say pension) and trying to support a family of four on just one pension is rather a difficult feat. Could you do that?

Everyone needs to survive.

If you really want to do something with your life, and I believe you will do it, please don’t take advantage of others in the process and please do not think that anyone is entitled.

Teach The World About Indie Music and Share
2
Shares