Moment To Moment Is A Strong Album That Deserves Your Attention 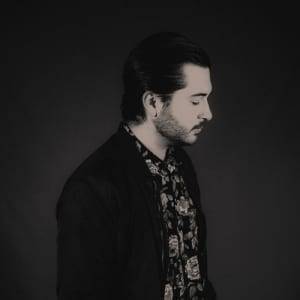 It is an unfortunate reality that the word “melancholy” has a bad name. Often understood as sad or gloomy, people tend to forget that it can also mean pensive – a term dictionary.com defines as “dreamily or wistfully thoughtful; expressing or revealing thoughtfulness, usually marked by some sadness”. Indeed, some of the greatest pieces of music ever made, from Gustav Mahler’s Symphony No. 5 Adagietto to U2’s With or Without You, can best be referred to as melancholy.

So it is with the greatest respect that I describe Moment to Moment, the new album from California band, Missing Words, as melancholy. This can be heard in the opening words of the title track (“I close my eyes, embrace the fall”) to the plaintive vocals and slow, lush synth pads of the closing track, Breath In. What holds the album together are the synthwave-inspired tracks and the fantastic vocals of lead singer James Meays, who sings about overcoming struggles, lost love and addiction, as well as changing for a better purpose. For me, the picks were Every Night, with its pulsing electro beat and the short but ever so good Reflections. The latter track, despite only clocking in at one and a half minutes long, would not have been out of place in Bladerunner.

Moment to Moment is a strong album and deserves your attention. In a perfect world, it would be gracing the airwaves instead of the saccharine nonsense so often found there. Dreamy and wistfully thoughtful, Missing Words have created an electronic album that should meet the test of time.