A Perfect Score For Psychedelic New Music From islandman 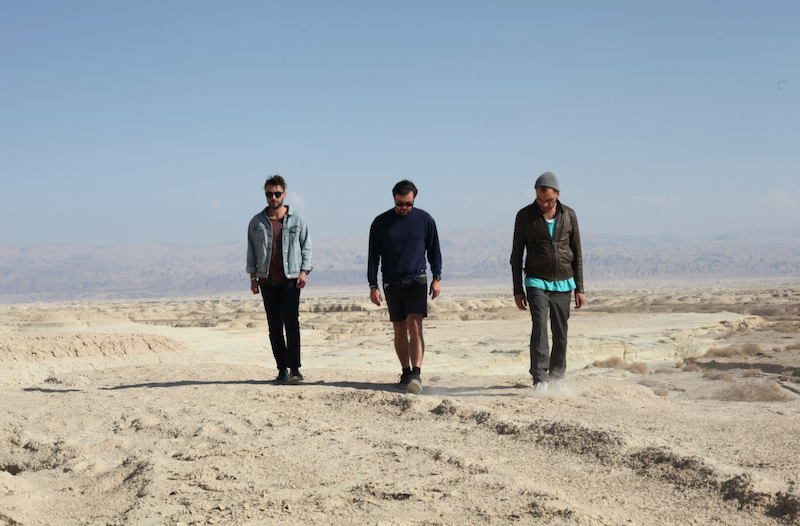 I’m going to start this review where I usually end it and let you know that Simon says this one is 5 out of 5 stars.
This is the first time I have given a perfect score and that is because this is a perfect track by a band that deserves to be a household name.
Hailing from Turkey and consisting of Eralp Güven, Erdem Baer and Tolga Böyük, Islandman make a music that is both familiar and yet totally new. Lamani is the soundtrack to Woodstock that never was, with its African-inspired beats, organic funk and a guitar solo that seems lifted from Robby Kreiger.
But it is also a song that is firmly grounded in the musical sensibilities of now. Its psychedelic lyrics, hints of analogue synth and nods to a range of world music styles, puts it amongst good company – company that pays homage to a (retro) past whilst signally the shape of something new on the horizon.
Lamani is the first signal from the band’s sophomore LP, Kaybola, and if the rest of the album is anywhere near as strong as this single, it will be number one on my “to buy” list in August.
So, just in case you missed it, I really like this track and I think you will too.
Simon Says 5 out of 5 Stars