Christina Nini made her move from New Jersey to Nashville, Tennessee to pursue her career of becoming a pop solo-artist. Music has always been an instrumental part of her life; however, it wasn’t until she moved to Music City that she began to discover her love of song-writing and really shape her own sound and identity.

Shortly after moving to Nashville, the 23-year-old musician began writing with other songwriters and producers which quickly lead to her creating her debut project. “Birthday”, Christina’s debut single was released on February 26th, 2021. Her sound is a blend of dark-pop and soul; influenced by artists such as Coldplay, Lennon Stella and others. With her 3-song project coming out later this year, Christina is just getting started.

Christina: I know it sounds cliché, but I always knew music was my calling. When I was in third grade, I joined my first choir and I immediately became infatuated with music and singing. Growing up I was always exposed to music around the house by my dad, but it wasn’t until I was about 7 years old that I knew music was my forever passion and something I wanted to do for the rest of my life. Throughout my childhood I listened to a lot of classic rock with my dad, and as I got older, I began to discover some of my favorite artists on my own. Today some of my biggest influences are Coldplay, Ariana Grande and Lennon Stella.

Christina: I’ve been singing and performing since I was seven years old. I started performing in a group with the Princeton Girlchoir and later began to enter singing competitions around my area.

Christina: My all-time favorite artist to listen to is Ariana Grande. When her song “The Way” came out in 2013, I remember hearing it on the radio and was like “I want to sound and make music just like her.” I’ve been influenced by her music ever since. Another artist I love to listen to is Coldplay. My dad introduced me to Coldplay when I was super young, and they’ve always stuck with me. Their music is filled with so many elements that I love as an artist and just an average listener.

Christina: My very first recording and release was in 2018. I recorded a single called “Cry” and later released it with 3 other songs that year. Those songs are no longer up on streaming platforms because I’ve evolved so much since then, but they will always have a special place in my heart!

MT: You recently released your single “Birthday”.  Can you explain how this more about the meaning of the song and how it ties into your music goals?

Christina: “Birthday” was the start of an entirely new musical chapter for me as an artist. I took 3 years off after my first release, so that I could focus on writing songs that felt authentic and true to me… and that’s how I got to “Birthday”. I wrote “Birthday” after a breakup; it’s about someone that is searching for closure but can’t seem to find it. It felt like the smallest things would set me back after my breakup, and writing “Birthday” was the closure I discovered I needed. “Birthday” is definitely the most vulnerable and honest I’ve been with myself thus far, and I want to carry that vulnerability with me as I create more music in the future.

Christina: My sound has definitely evolved since I wrote my first song. When I wrote my first song I wrote with a lot of clichés and had no experience writing before. My sound was a lot more “pop” because I thought that was what I had to be in order for people to like it. Since then, I have had much more life experience and that has contributed a lot to my sound. My sound now is a lot more “dark pop” but with a girly edge. I’m a lot more confident in myself as a writer (and overall person) now as well, so that definitely has allowed me to become more authentic in my sound.

MT: Do you have a favorite performance to date and why?

Christina: My favorite performance to date was when I performed at Mercy Lounge in Nashville. I was selected by The Voice to perform in their Nashville showcase. It was the first time I performed my new songs live and it was the most exhilarating feeling. I was so excited to finally perform them live and with a full band. Mercy Lounge is such an iconic venue in Nashville, so it felt pretty surreal to perform there.

Christina: Although it’s not something tangible, my biggest challenge has been dealing with self-doubt. I’ve always known I’m meant to perform and write songs, but I struggle sometimes with self-doubt and question my own abilities. I know it’s normal to feel this type of thing, especially in the music industry, but there have been several times where it has been debilitating and caused me to take a step back. When this happens, I try to remind myself that everyone struggles with these types of thoughts and it’s important to push through them. It can be easy to compare yourself to other artists and feel like you’re not doing enough or you’re not “cool” enough, but those are the times when I remind myself who I am and why I’m doing what I’m doing. 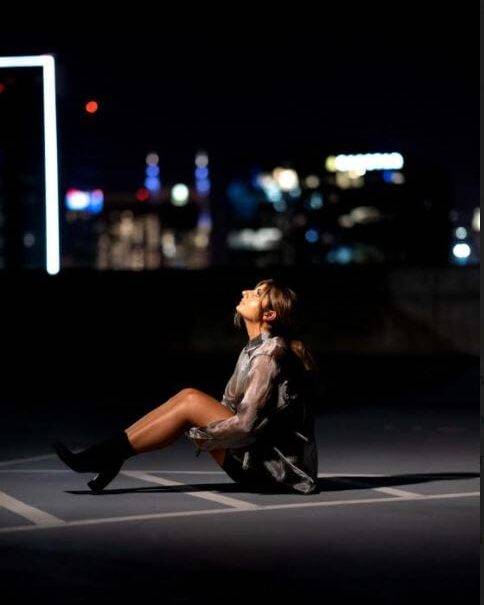 Christina: My biggest piece of advice would be to put blinders on. It is SO easy to compare yourself to other artists in the industry and that can throw you off track. If you believe music is your calling, and you believe in yourself, that’s all it takes to be successful in my opinion (and of course hard work). Just put the blinders on! Focus on yourself and your craft and as long as you are authentic to yourself and don’t give up, everything will happen the way it’s meant to.

Christina: I play the piano! I’ve been taking piano lessons since I was in middle school. I can read sheet music but learn best by ear.

Christina: A typical day for me includes working out, creating content for social media, writing music and spending time with friends. I try to write or sing at least once a day, but of course sometimes life gets in the way and I miss a few days. I love finding new music and making covers in my free time or finding ways to connect with my fans through social media. Being an independent artist can be tough sometimes because you’re essentially your entire team all in one!

MT:   You have a new single out now! What would you like fans to know about the meaning behind the music on your upcoming EP? Where can fans find your music when it is released?

Christina: I have another single out on April 2nd! I am so excited about this one—most of the songs I’ve released thus far have been heartbreak ballads, but not this one! The production on this song is probably my favorite yet and it’s a totally new direction for me artistically. The meaning behind the next two songs I’m putting out is all about self-growth. The music I put out in the past came from a place where I felt like I was stuck… I was at an emotional stand-still in my life, but this new music came from a place of immense growth. That’s important for my listeners to know. Once it’s released it will be on all major streaming platforms! Spotify, Apple Music, Amazon, etc…

Christina: As of right now, I have no upcoming performances on the books. It’s been a crazy year for live music and touring, but hopefully when things start to get back to normal I can perform these songs live. I just want my fans to know that there is a lot more music coming! I took a few years off from making music to find myself, and since I went through that I’m ready to keep creating and putting out music for my fans.

Christina: I have a playlist called “Pre-Show Pump-Up” that I play every time before going on stage. It’s a playlist of all my favorite artists and songs and it never fails to get me in the zone. As for recording in the studio, I always sing my best when I feel my best. If I’m going to track vocals, I will always put on an outfit I feel good in because I know it will help me perform better.

Christina: As of right now no, I don’t have anything set up to perform live… but I wish! As soon as the opportunity presents itself, I would love to go out on the road and perform these songs live for my fans. That would mean the absolute world to me.