In 2016, Reno’s cover of Chris Isaak’s “Wicked Game” went viral, earning more than 13 million streams on YouTube to date, her subsequent singles supported by the likes of Paul Oakenfold, Marcus Schossow, Myon & Shane 54, Tiesto and others. 2013 House-Trance crossover summer Hit “Higher”, released on Armada Records has aired on ‘So You Think You Can Dance’ Paraguay and in national TV ads for Canada Philippine Fashion Week, (where Reno had been invited to walk the runway for two consecutive years for Francis Libiran in support of the Kol Hope Children’s Foundation). 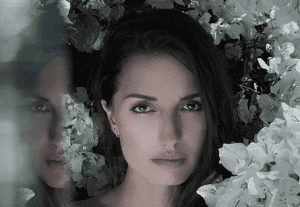 Reno has also played live shows internationally with Rhys Fulber’s project Conjure One and contributed her vocals to ‘Holoscenic’, the 2016 Billboard Charting electronic record from Conjure One (Armada Records). Her collaboration with Moonbeam ‘Memories’ off their new album “Atom” (Black Hole Recordings) has been included in the global electronic bestsellers “In Search of Sunrise 13.5 Amsterdam” curated by Richard Durand and BT and her solo debut “Sometimes” with Lucky Sun has been included in the Armada Sunset Vol. 4 compilation amongst others. In late 2017 Reno co-wrote and featured on Keys N Krates single ‘Something Wonderful’ off the new CURA EP released on Dim Mak Records.

In July 2018 Reno’s track ‘Fool for You’ was included in the Pacha 2018 double disk compilation issued worldwide by Warner Music. Following the release she collaborated with Matt Lange on an experimental trance single “Are You Am I” , released on Lange’s isoRhythm Records.

When she is not in the studio, Reno is an avid yogi, extreme sports participant, cinematographer and eco friendly jewellery designer/artisan at her boutique brand Beach Loot . She is also an  accomplished scenic artist and sculptor , having worked on films like SHAZAM! (2019), Suicide Squad (2016) and Pacific Rim (2013) along with over 30 feature film and television productions in the past decade.

Andrew Mullen had a chat with the lovely Deniz Reno.

MT: Can you briefly introduce yourself to the readers of Music Talks? Just a little bit on who you are, where you are from, what kind of music you do… etc.

Deniz: My name is Deniz Reno. I’m a Canadian singer / songwriter, originally born in Central Asia. I guess I would classify myself as a pop/soul artist. In the recent past I’ve worked a lot with producers on the electronic scene and have contributed vocals and written toplines for a number of deep house, house and trance tracks over the years which is what I have become known for.

MT: What was the inspiration behind the song ‘Over’?

Deniz: Over is about the confusion and denial experienced by a person who is being abandoned by their partner, specifically in a situation where they are being discarded in a narcissistic relationship. It explores the range of emotions felt by someone as they are desperately trying to hold on to the good things their partner said or did in the relationship to reassure themselves. It explores aspects of cognitive dissonance and sorrow that a heart goes through trying to make sense of the end. We shot a beautiful music video for the song in Bali, directed by Edward demin featuring russian ballerina Valeriya Savvina.

MT: Your cover of Chris Isaak’s “Wicked Game” was clearly a stroke of genius, why was this the song you chose to cover? What do you think was key in the performance in making it a YouTube sensation?

Deniz: Thank you! Anton and I sat down and he asked me what I thought about covering Wicked Game and I immediately agreed  because it’s one of my favourite songs. I think it’s up there for most people as one of the greatest songs ever written. It was an easy yes. While I was recording my version I decided to play with the chorus a little and change the delivery of the vocal which I think was one of the elements that attributed to the cover’s success in the long run. Our version stayed true to the original arrangement but it had key elements that were vastly different, which made it stand out. I put my soul into it when I sang it, I think that always translates to how your audiences feels the song. It came at the right time and ended up going viral. I didn’t understand what that meant until I went to a club in Moscow, Russia during a summer trip and people started running up to me asking for photos. It was surreal.

MT: Tell us about your upcoming EP ‘Narcissus’. Was it specifically inspired by anything or anyone? Where was it recorded? Any ‘must tell’ stories from the experience? 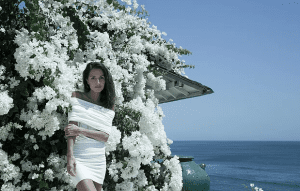 Deniz: Narcissus is a four song EP that I have released through my label Taksu Records. I cowrote three of the songs on the EP with my friend and colleague Mike Schlosser who produced the record at the Little Noise Records studio in Toronto. The majority of the EP was written in 2015. That was three years ago but initially we were just working on a series of singles, the idea to release some material as an EP came to me much later. The title of the EP is derived from the Greek myth Narcissus. For those who don’t know, in the Greek mythology, a nymph named Echo falls in love with Narcissus, a young man of extraordinary beauty, he mistreats her and she spends the rest of her life pining for him and withering away until nothing is left of her but her voice. After encountering Echo Narcissus goes to quench his thirst in a pool of water and falls in love with the image of his own reflection which he sees for the first time in his life. He dares not disturb the water for fear of losing his reflection and eventually dies of thirst. In his place grows the beautiful Narcissus flower. Essentially the EP explores the dynamics of being in a relationship with a partner who suffers from NPD (Narcissistic Personality Disorder). The songs illustrate the emotions behind the three stages of narcissistic relationships: idealisation, devaluation and discard. I hope it helps people who can relate to the experience. I think many of us have been in relationship dynamics that were just not conducive to our wellbeing. Victims of NPD relationships can often take years to heal and often don’t even realise what or who it is that they were dealing with. I know for me music I could relate to has always helped me process emotions, and I hope this EP does that for people whose hearts have been through a lot.

MT: What 3 things kept you sane while recording your EP?

MT: Do you have any tour plans or gigs we should know about?

Deniz: I am currently working on a feature length record and a couple of other projects but I always keep my listeners updated on where I am and any gigs that may pop up I always announce via my social media. I think the material from Narcissus will inevitably be added to the tour for the new record.