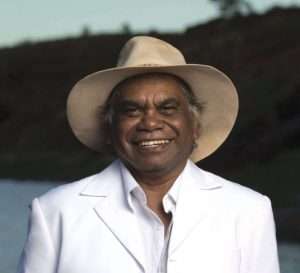 Warren H Williams is an aboriginal singer, musician and songwriter from Hermannsburg in Central Australia. Williams is an Arrernte man who plays country music and works as a broadcaster on CAAMA Radio in Alice Springs.

He started playing guitar at six with his father Gus Williams. In 2007, he wrote the musical Magic Coolamon, which debuted as the first ever Central Australian Indigenous musical and in 2015, Williams made his directorial debut, writing and directing two episodes of the Aboriginal television series Our Place for ICTV.

In 2016, Williams teamed up with emerging artist Dani Young, writing and recording an album of traditional country duets in Nashville. The album, Desert Water was produced by Grammy and ACM award-nominated songwriter Billy Yates, and features Grammy winner Jim Lauderdale.

Warren H Williams is considered a living legend, and has released 10 album to date. 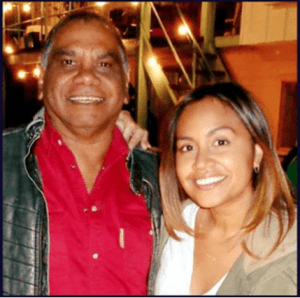 Most recently he has teamed up with Australian superstar Jessica Mauboy.

It was Warren H Williams who opened the door at CAAMA Music to an 11 year old Jessica Mauboy and immediately recognised her incredible vocal talent. He swiftly got her into the studio where Jess was able to record for the first time.

Fast forward to the Yabun festival 2017, a chance meeting that saw them make a pact to record together again. Having an incredibly tight schedule, and little time outside of her TV and promotion responsibilities, Jessica made the duet project happen in the course of her busy life by writing Warren into an episode of The Secret Daughter (season 2).

Warren plays a cameo role as Billy’s Aboriginal uncle ‘Marlon’ in a scene where ‘Billy’ is introduced to her aboriginal side/family. The scene showcases a duet of ‘Always on my mind’ performed acoustically around the campfire. 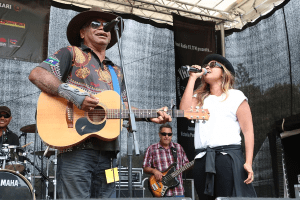