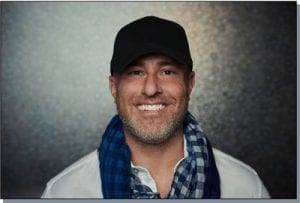 He has also secured record deal offers with CEO’s from the largest music companies in the world, including Capitol Records, Sony, Interscope, Island / Def Jam, Epic, Atlantic, RCA, and J Records. Traveling between New York, London, Los Angeles, Miami and Nashville, he built a reputation working with the top songwriters, producers, and recording artists in the entertainment industry on a global level. Over the span of his career, he has not only pioneered new approaches to the signing and development of some of the world’s most successful recording artists and songwriters but he has consistently championed innovative business models and partnerships with a wide range of companies around the world.

His career began as a songwriter when he was discovered by Grant Cunningham, the former VP of A&R for Sparrow Records. Davis went on to write a #1 Billboard hit, received several ASCAP songwriting and publishing awards, and was nominated for a Latin music award. Davis has also co-founded other cutting edge entertainment companies such as Radar Label Group (Jimmy Eat World, Plain White T’s, Neon Trees, The Unlikely Candidates), One One 7, Awaken Records (Austin French), and Care For Kids.

He is also co-president and partner of booking agency Higher Level Agency and an artist manager with First Company Management.

Hear The Podcast with Jason Davis

Links to On Jason Davis