Captain Of Lost Waves Hangs 10 As The Master Of Entertainment 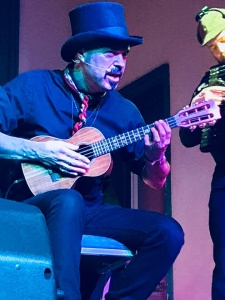 The Captain is not just the figurehead of his musical vessel: he’s ringmaster; bard; troubadour; master of ceremonies and sage. With one leg in early 20th Century vaudeville and the other in tomorrow’s social commentary (yes, he has very long legs!), there’s far more to him and his absurdly engaging world than any of your ten-a-penny musical stars. Seen through showers of glitter, kaleidoscopic lens flares and in the rainbows in a million puddles, the Captain of the Lost Waves tells stories to connect with everyone past, present and future. 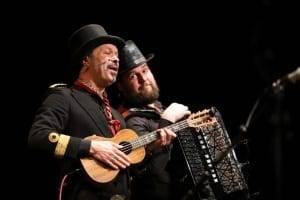 With almost a quarter of a century entertaining people through his storytelling, The Captain is the kind of ebullient troubadour you might imagine flitted from village to village in centuries past. Indeed, with no concrete details as to his Earthly origins (beyond some vagaries about the Wild Wild West of Yorkshire in England) what can be said is that he has travelled extensively, taking his show to audiences who are transported aboard his mystical voyages as he variously inhabits the personae of Scaramouche, The Pied Piper and all the good captains rolled into one (Hook, Pugwash and Beaky for starters).

Following up the debut album Hidden Gems – Chapter 1 is Synthesis – the story so far. A limited edition tin cased cd album and vinyl. The record features the singles to date plus 2 instrumentals, also the first two singles taken from Hidden gems – Chapter 2 (Uniforms and January) – the former also featuring as a Darcadian Remix. 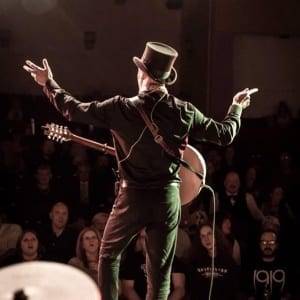 Hidden Gems – Chapter 2 – ‘Circus Of Morality’ has now arrived. A record made in the analogue domain on an old Mara MCI JH24 two inch tape machine. The sub-plot of it being based around ‘The Circus Of Morality’ with the album’s elaborate artwork reflecting a game board that each of us must navigate. It features a list of world class musicians alongside The Captain’s trusted accomplice Muzwell The Mute on Accordion. The diverse range of sounds used include Bouzouki, Violin, Sitar, Vibraphone, Banjo, Synths, Kettle Drums, Choirs and Harmonium.

You can hear how much of a storyteller The Captain truly is when listening to our Guest Talks podcast as he takes us on our own journey through conversation.

Take a listen to our chat and hear the what The Captain say’s about the struggle of the indie musician, becoming lost in the art of music and entertainment, his upcoming album, “Hidden Gems – Chapter 2 – ‘Circus Of Morality’, and a whole lot more.

Podcast with CAPTAIN OF THE LOST WAVES 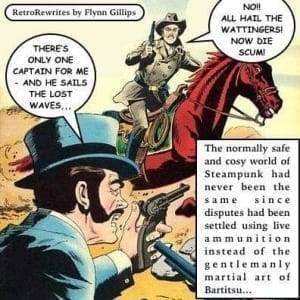 LINKS TO CAPTAIN OF LOST WAVES