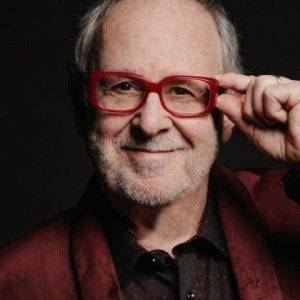 It was such a privilege to speak with legendary Jazz pianist Bob James for our Guest Talks feature.

Bob James has a long and extensive career in music with 58 albums to date and after a long hiatus is releasing his latest album in trio format, ‘Espresso’.

Discovered by the great Quincy Jones in 1963, it wasn’t long after James had began his quest for greatness with countless awards including multiple-GRAMMY® Awards, worked with the likes of Creed Taylor, working on albums for artists like Hank Crawford, Grover Washington, Jr, among others. While with CTI, James found great popular success overseeing significant hits for Paul Simon, Neil Diamond, Maynard Ferguson, and Kenny Loggins.

Long after establishing himself as one of America’s most accomplished composers, arrangers and instrumentalists, multiple-GRAMMY® Award-winner Bob James achieves his long-time ambition to return to the trio format he last utilized on 2004’s Take It From The Top, and embraced as an up-and-coming artist.

The album will be released on multiple formats including high quality 180 gram vinyl, MQA-CD, SACD, and hi-res audio download.

Though busy since 2006 with an array of projects, ranging from albums and appearances with the all-star contemporary jazz ensembleFourplay to collaborations with David Sanborn, Keiko Matsui and other renowned artists, James hasn’t reclaimed his place in the spotlight as a solo performer — until now.

“I wanted to do this as part of a trio — piano, bass and drums,” James explains. “With Fourplay and in other larger settings, I loved that I could solo and then kind of disappear into the setting to accompany other soloists. To play in a trio requires a different level of commitment, with the piano being much more prominent. You need perhaps a greater degree of optimism and bravery. That was how I felt when I first got into music. Espresso is my attempt to recapture that.”

Inspiration for this project stems from a week-long engagement with sensational young bassist Michael Palazzolo and the respected veteran drummer Billy Kilson at the Blue Note in New York City last October. The musicians felt an immediate chemistry as they tackled standard repertoire as well as new James originals. Audiences sensed it too. “Soon everybody there was encouraging me to have the guts to jump in there and do this,” James recalls.

So, just two months later, the group reconvened at Stagg Street Studios in Van Nuys, California. With their inspired energy and musical bond the trio laid down the varied tracks that comprise Espresso. Two covers were on the list: an ear-opening reconfiguration of Fats Waller’s “Ain’t Misbehavin’” and an equally fresh perspective on “Mr. Magic” (which James had arranged and conducted on the 1975 Grover Washington session). The rest of the album comprises a stream of original material.

The funk strut of “Submarine” is a direct follow up to 1974’s “Nautilus” – one of the most heavily sampled songs in hip-hop. The classic sound perfectly blends in the fresh, complex, and rich textures from Espresso, which finds James sampling himself and recording over it. “Nautilus” samples range tracks from Jay Z, Tupac, Freddie Gibbs, 9th Wonder, and A Tribe Called Quest to Ghostface Killah, Slick Rick, Danny Brown, Wu Tang Clan, Mary J Blige, Pete Rock & CL Smooth, and many others.

Many people may know of Bob James famous composition, “Angela”, the instrumental theme from the sitcom Taxi as well as having composed all the original music used in that television series for its entire run.